Closed-circuit video surveillance systems have been around for nearly 75 years. They were first used by the German and then American military during World War II to monitor test launches of rockets, and eventually adopted by police agencies and municipal officials to aid in British and American crime-fighting programs during the 1960s.

That was soon followed by the installation of CCTV (closed-circuit TV) monitoring systems in banks, stores and gas stations, among other locations subject to burglaries and other crimes. And the proliferation of the VCR and later video recording technologies greatly added to the popularity of video surveillance in business and homes, since suspicious activity could easily be recorded for later reference. Today, CCTV security systems are a common sight in nearly every type of venue – even on many of our streets.

The equipment used for these systems has naturally become quite sophisticated over time, but the components remain pretty much the same: cameras, monitors and recording devices. However, the stunning CCTV high-definition video quality now possible, even in low-light, makes surveillance more effective than ever. That’s partly due to more efficient signal transmission, but largely because of improvements in the equipment that’s used. 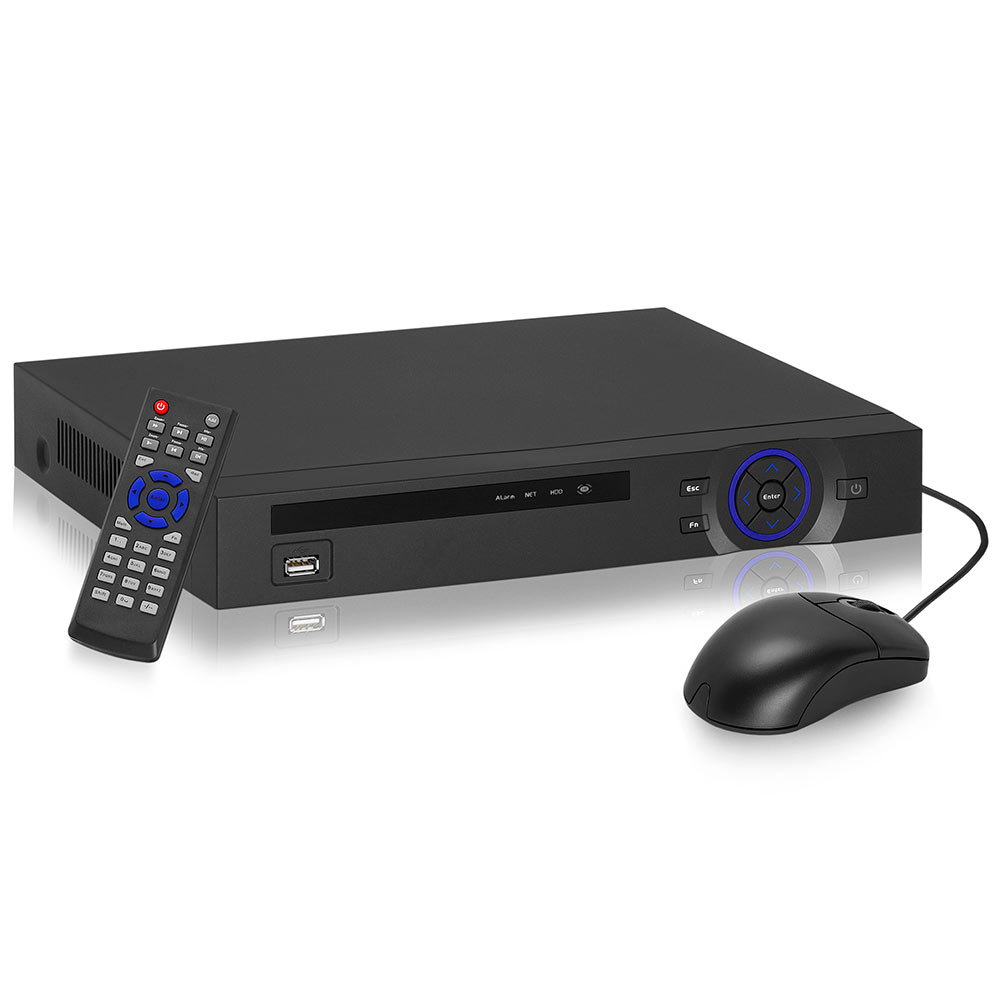 Closed-circuit CCTV systems generally fall into two categories, wired and wireless, and we’ll address the difference shortly. However, each is setup in the same basic configuration. Cameras are mounted at strategic surveillance points, and signals are sent to a central control and monitoring point where they can be watched on monitors or recorded for viewing at another time. If the cameras are remote-control models, they are managed at the central control center. Sophisticated systems may have switchers for multiple cameras or add-ons like content analysis software and high-capacity network recorders, and other accessories like protective housings for cameras can be very important. But the nuts-and-bolts of a CCTV setup are the cameras, monitors and recorders, just as has been the case for decades.

You’ll notice we haven’t mentioned the cables that connect everything together, and that’s because of the wired/wireless dichotomy we mentioned earlier. Until fairly recently, most security cameras and control points were connected via hard-wired cables (unless they used expensive and complicated radio transmission systems). There are definitely benefits to a wired CCTV installation, including the reliability and security of signal transfer and freedom from most types of signal interference, the ability to use many cameras and fully cover large areas where wireless signals might not reach, and a greater selection of cameras offering greater control over remote functions like panning and zooming. Hard-mounting the cameras and running all the required cable, though, can be a pain, even if Siamese cable is used to combine power and signal cables into one long run. 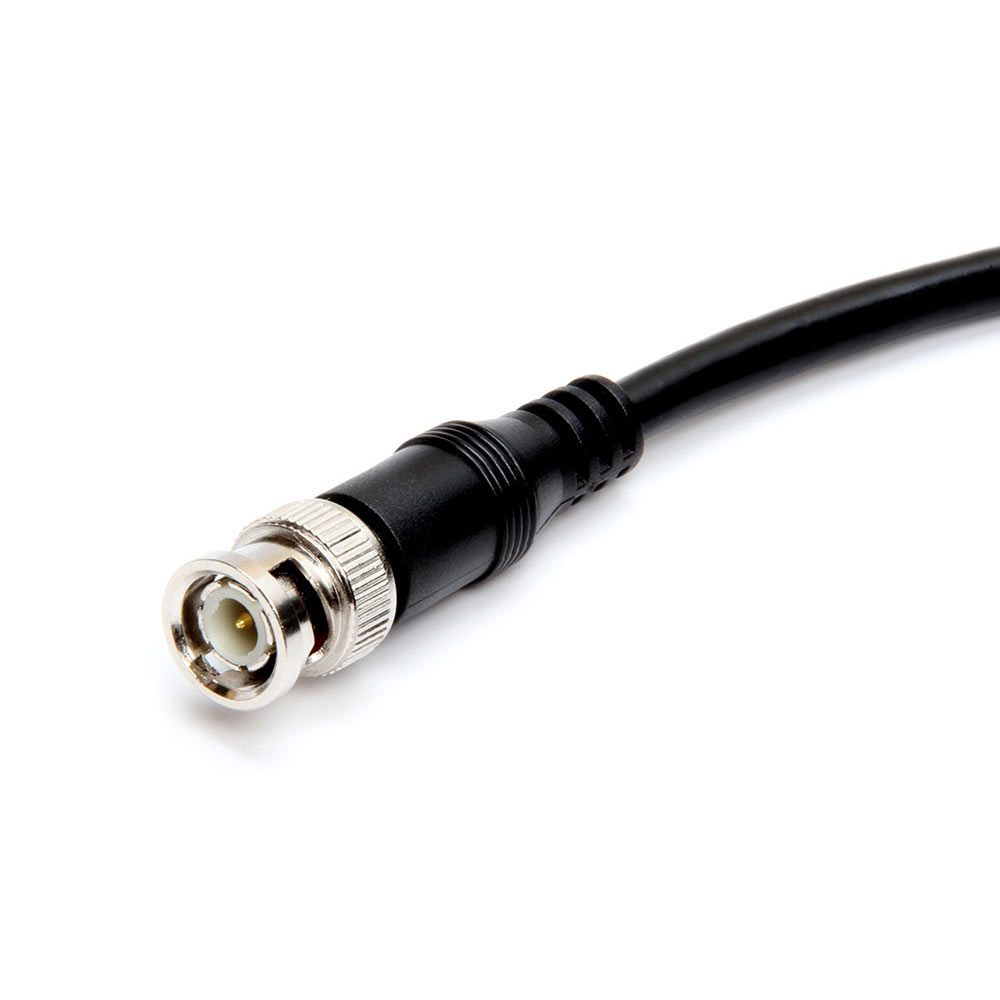 More reliable wireless cameras, whether they operate on dedicated frequencies or use WiFi transmissions through a router, have become a viable option for many applications. They are now available in either analog or digital versions, they’re simpler to install because they only require power and not coax signal transmission cables, and they can be moved easily since they’re not tethered to those signal cables. IP-based WiFi cameras and transmissions also allow the viewing of camera feeds on a wide variety of devices like smartphones and tablets. There are still drawbacks to wireless, though, including the “finickiness” and “hackability” of wireless signals, video that’s often of lower quality, practical limits to the number of cameras that can be connected (usually four to eight maximum) and the often-greater initial cost of high-end equipment.

Those are the basics of what’s required for a CCTV system, whether it’s a small home monitoring setup or a large corporate surveillance installation. Now, let’s take a deeper look at your two most important equipment choices, cameras and monitors. 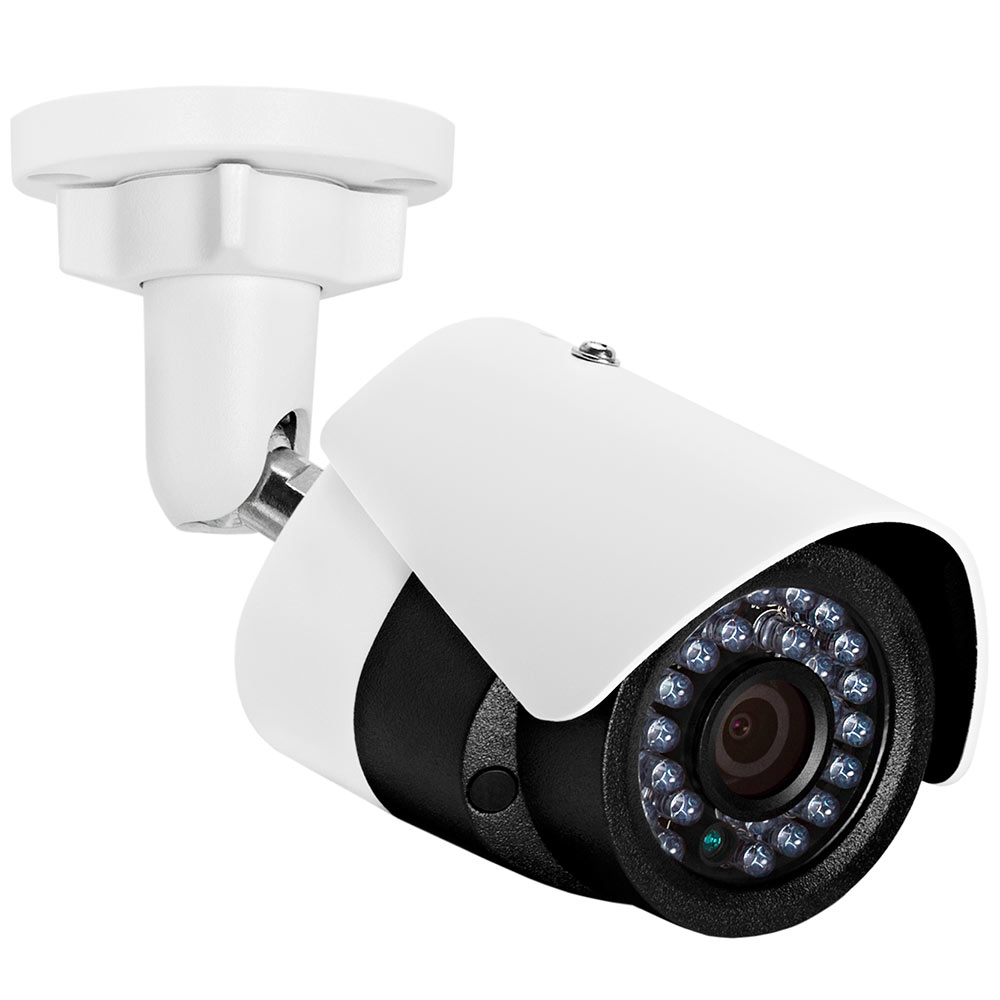 There are many types of closed-circuit cameras to choose from, with the exact number depending on who’s categorizing them. Here are the major ones to know about.

Dome or bullet cameras are usually used in indoor applications. Dome cameras are mounted in the ceiling, and you’ve no doubt seen them visible in locations like stores and casinos.They can either be fixed to observe a specific area (although the bad guys who see the camera won’t know where it’s pointed) or controlled to pan, tilt and zoom, or rotate automatically. Bullet cameras are the long cylinders you see mounted to walls or ceilings and they are typically for fixed-position viewing only. Many outdoor CCTV cameras are bullets or domes as well, but they must be placed in casings to protect against the elements. A final type of camera in this category is a “hidden” camera designed to look like some other object. 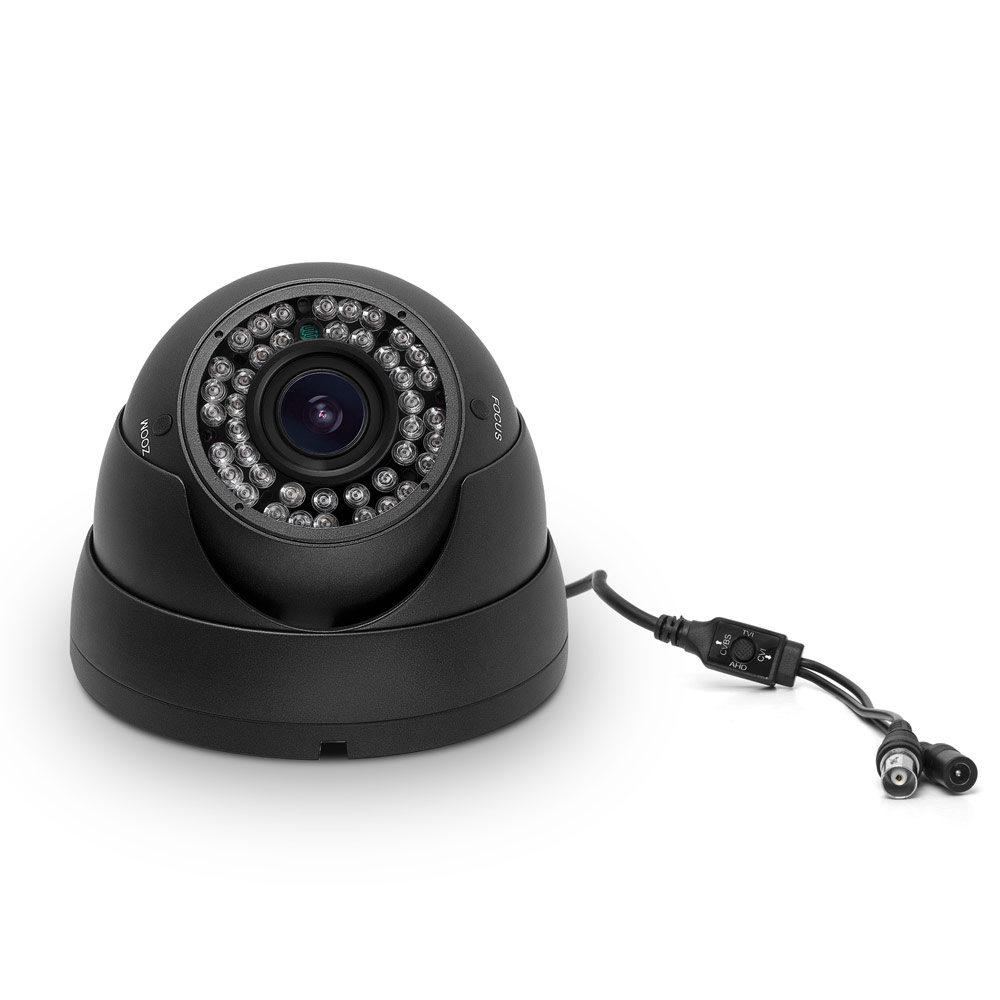 Moving from style to function, infrared and day/night cameras are particularly useful for outdoor installations, respectively using infrared lighting around the lens or lenses designed to function in any type of light. We’re all familiar with what indoor wireless cameras look like; ones for outdoor use are more likely to resemble bullets or hidden cameras. High-def CCTV cameras were once reserved for sensitive locations like banks, but have come down in cost and are now used in more “ordinary” installations.

There’s good news on CCTV monitors: you can use just about anything from an old black-and-white tube TV or CRT computer monitor, to a modern LCD flat screen. The major factor, naturally, is how good the picture looks – and how good you need it to look. You’ll need much better resolution if you’re trying to identify faces or read license plates, for example, than if you’re just watching for unexpected movement or activity. 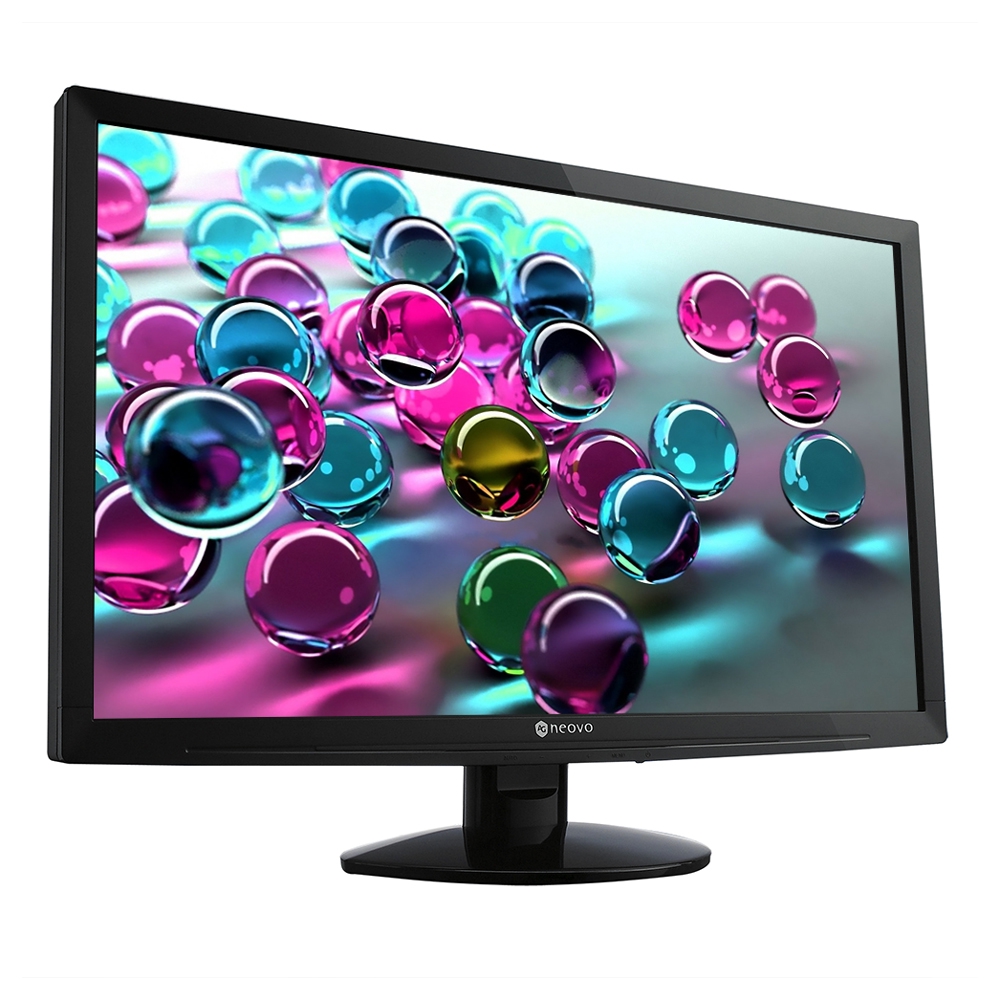 We particularly love the AG Neovo L-W22 22” widescreen LCD monitor. It’s beautiful and beautifully designed, and provides 1920 x 1080 full HD with an enhanced, dynamic contrast ratio. It is LED-backlit, has a very low response time for ideal viewing of fast-moving video, and the display is crisp and clear with perfect color. Even better, it only costs about $125 with our always-lowest price policy. Check it out, and you’ll see what an exceptional CCTV monitor can look like.