Learn About HDMI Converters for DVI And Legacy Video Signals

It’s a relief when the electronics industry agrees on a single standard for equipment or cabling. It largely eliminates the problems that stem from having incompatible equipment; no one looks forward to trying and discarding adapters or couplers that won’t do the job, or creating their own jury-rigged patch cables that usually won’t work either.

HDMI is a great example. The widespread adoption of the standard for digital video and audio transfer has made life easy for almost all of us; a simple HDMI cable will plug into almost any modern HDTV or component and provide perfect picture and sound quality with no muss, no fuss. 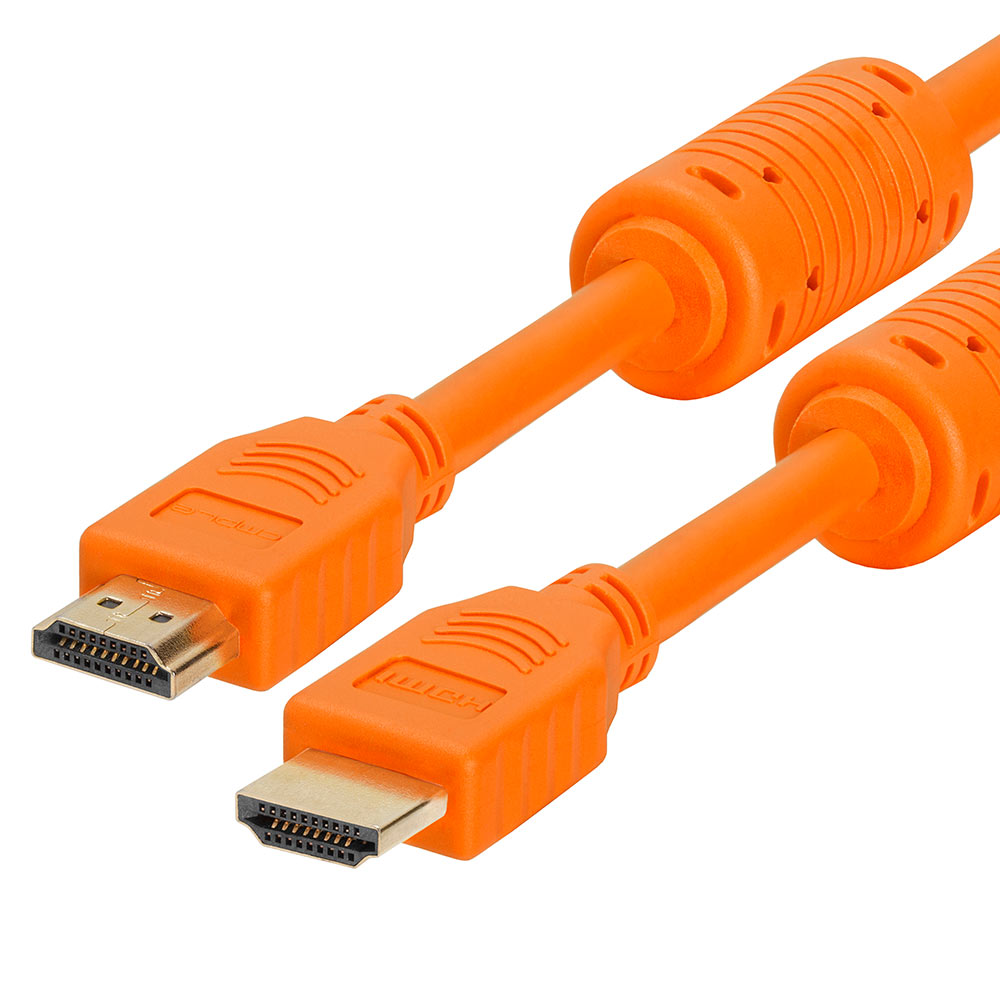 But what if you’re trying to transfer signals from components whose native formats aren’t compatible? For example, what do you do when you have a computer that only has a DVI output but you want to connect it, along with digital audio in a format like S/PDIF or TOSLink, to your HDMI 4K TV without losing quality? Or what if you have a treasured VHS tape that you need to play on a TV that only has HDMI inputs, and only have a VHS player with analog composite or component outputs? Those are just two of the applications that beg for an HDMI converter, which takes non-HDMI inputs and turns them into a modern HDMI signal that can be used by today’s home theater equipment. 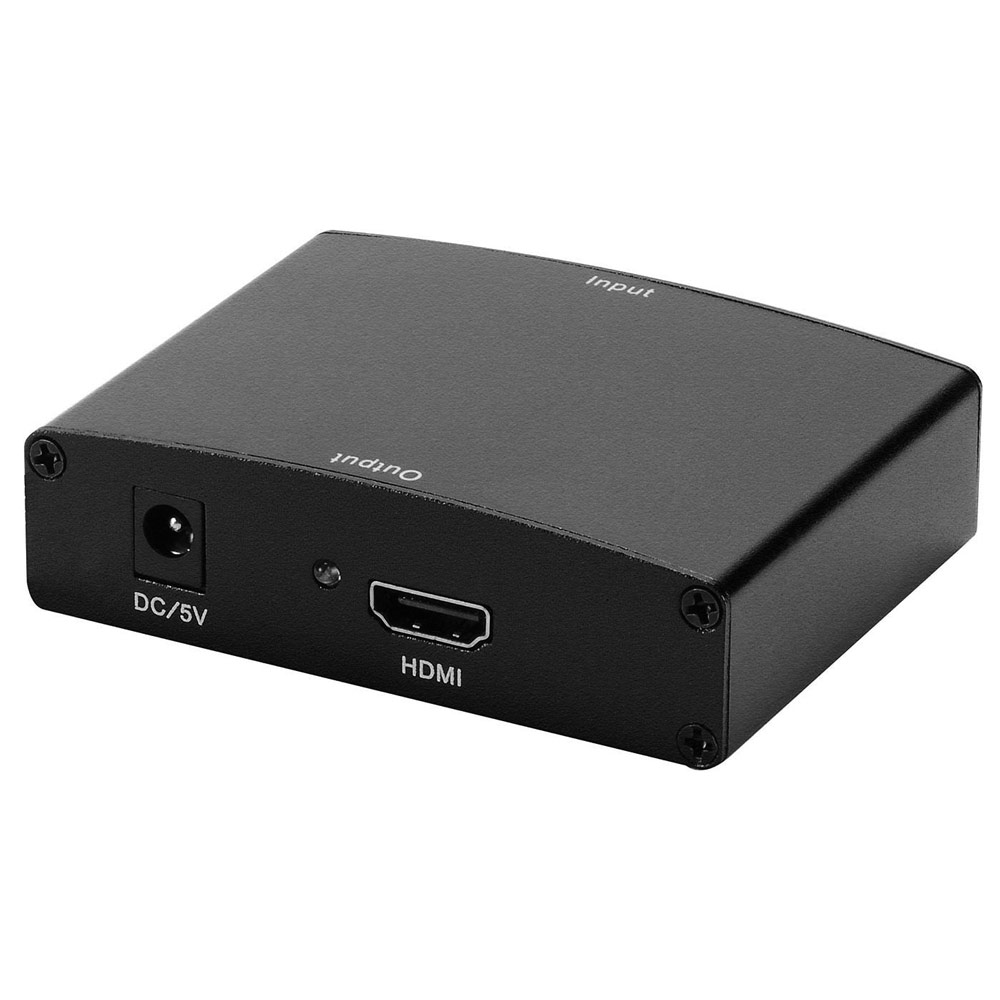 You can’t really place a price on the convenience of HDMI converters, but they aren’t expensive and couldn’t be simpler to use. Here’s how they work.

DVI (digital video interface) is slowly being replaced by the DisplayPort format, but it’s still a dominant digital standard in the computer industry and found on most older machines as well. You can actually transfer a DVI signal directly to an HDMI device with a simple DVI-to-HDMI adapter – but the problem is that DVI only transfers (in most cases) a video signal. If you’re sending DVI audio to HDMI via adapter, the digital audio has to come from somewhere else and must be sent through a separate cable. 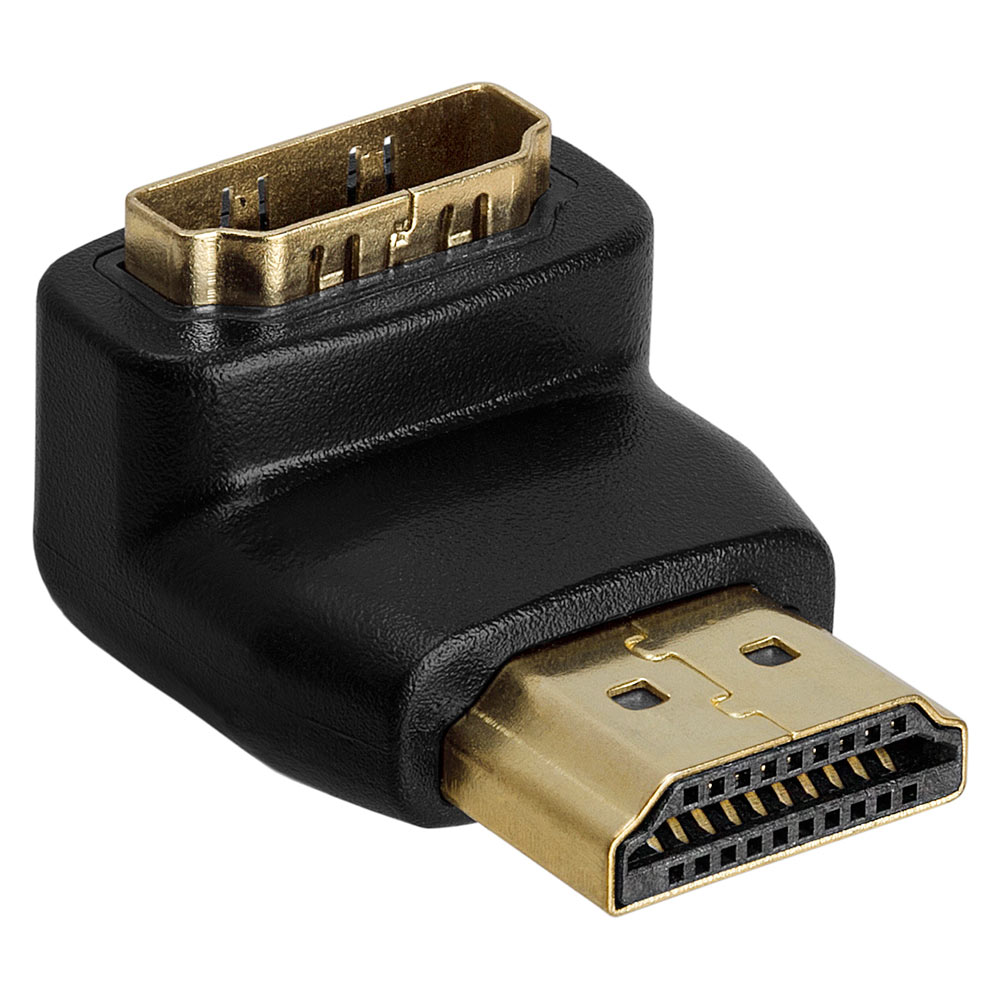 The good news is that many computers have digital audio output ports. They may be labeled TOSLink or S/PDIF (optical audio formats that transmit signals via laser light) or simply “digital audio out” (usually a digital format that transfers electrical signals through a coax cable). If they’re not labeled, you can tell the difference because standard digital audio ports accommodate a typical coax connector, while an optical port takes a funky-looking plug.

A DVI to HDMI converter solves the problem of video-only DVI signals by combining your computer’s DVI and optical or digital audio signals into a single HDMI signal, without any loss of signal quality. Using the converter is refreshingly easy; it’s a small box with coax, S/PDIF and DVI input jacks and an HDMI output jack. Just plug the right cables into the right places and you’re all set. One note: most of these converters only accept DVI-I signals. 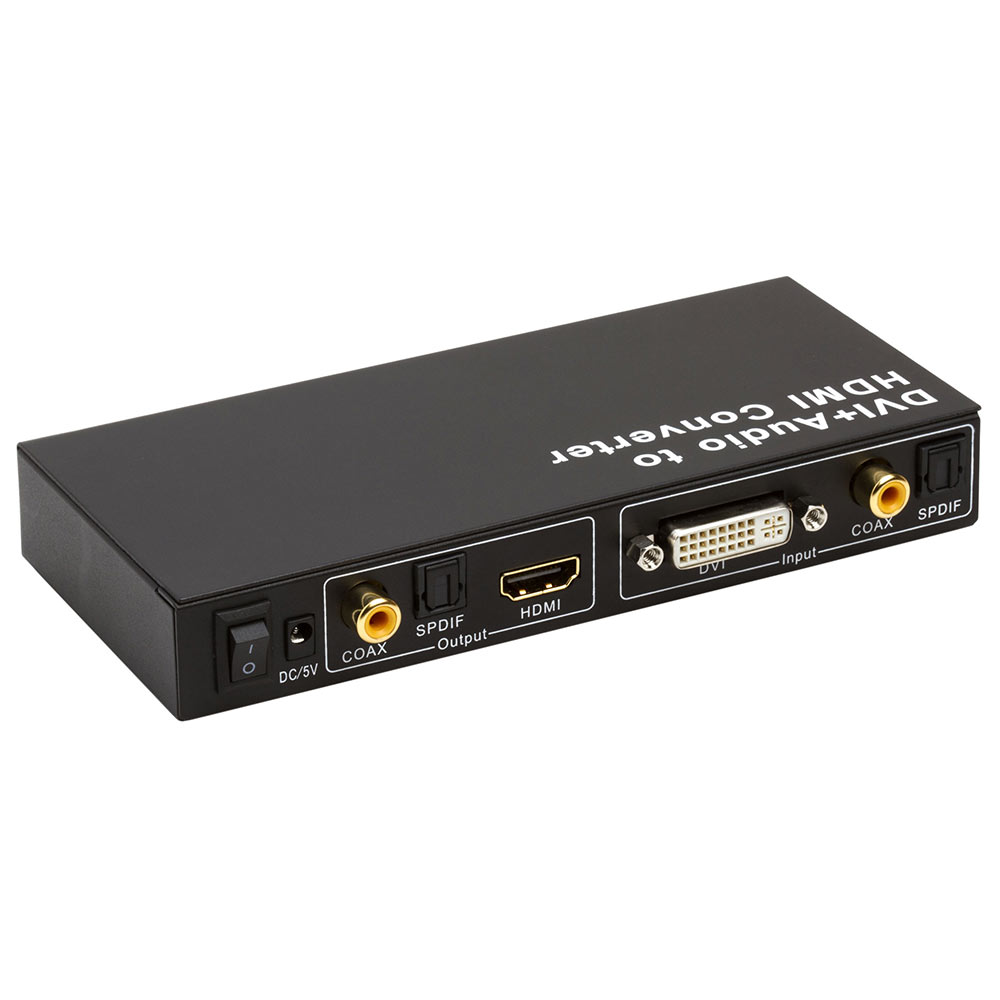 The converted signal supports standard high-definition and the latest 2K and 4K resolutions perfectly whether they’re progressive or interlaced signals, and is also able to pass HDCP copy-protection signals so you can watch protected videos without an issue. DVI is, as we’ve mentioned, most commonly used for computer output signals but the ports can also be found on many older cameras, camcorders and other devices – so a DVI to HDMI converter can have many applications around the house. They’re also suitable for many corporate and educational environments.

An often-vexing problem involves sending video and audio signals from older computers or video devices to modern HDTVs or monitors. Legacy computers, VCRs, camcorders, DVD players and other components are likely to have only old-school connectors like VGA (computers), or component or composite (audio/video devices) available. Meanwhile, a large number of today’s HDMI-equipped monitors have completely eliminated their legacy digital and analog connectors. Since those older signal transmissions aren’t compatible with HDMI, they have to be converted before they can be recognized and played via an HDMI connection.

A number of inexpensive legacy to HDMI converters can do that job. You’ll generally need a separate converter for each of the formats since they each transfer video signals via very different methods, although it’s possible to find multi-source converters that support a number of older formats if you look hard enough.

To understand the way these converters work we’ll take a look at one example, the VGA and R/L stereo audio to HDMI converter available from Cmple. Once again it’s a small and simple box; on one side there’s an input port for a VGA video plug, and jacks for standard white-and-red stereo audio RCA plugs. On the other side, there’s an HDMI output port and a DC power connector for the included AC/DC power adapter. Plug everything in where it belongs, and the video and audio from your computer can be sent directly to your HDMI-only HDTV.

If you’re playing high-resolution video on your computer and using a full 15-conductor VGA cable to transfer signals to the VGA to HDMI converter, you’ll be surprised at the quality you’ll see on your HDTV. This converter is capable of delivering HD resolutions of 1080p, 1080i and 720p directly to your TV monitor; if the computer video is lower quality you’ll still get good quality standard-definition signals via the HDMI connection. Component to HDMI converters will naturally deliver full high-definition signals, while analog composite video to HDMI converters will only be able to transfer standard-def video. 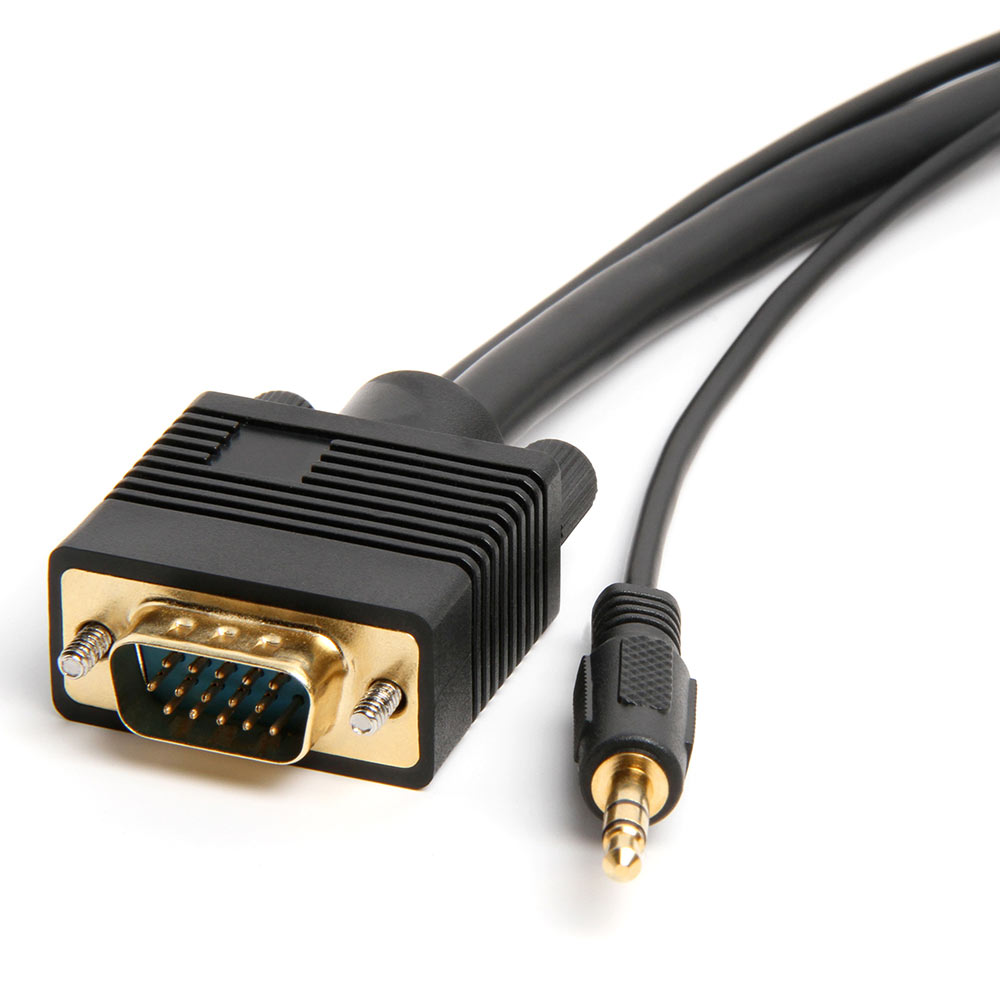 We’ve already discussed some of the most common reasons that these converters are so useful: sending video and audio from computers and older home theater components without HDMI ports, to modern HDMI-equipped HDTVs and monitors.

They’re just as useful in the business and academic worlds, however. Whether it’s to set up video displays on convention floors or in conference rooms, corporate training facilities or school learning centers, the flexibility to display video from virtually any source can be invaluable.

Cmple offers a number of HDMI converters at exceptional prices, all manufactured to our demanding specifications and confirmed to meet or exceed all HDMI standards. At such low prices, they’re worth having on hand for those times when you have an unexpected need to link older computers or devices to HDTV displays on short notice.