The Exploits and Uses of Audio Video Jacks 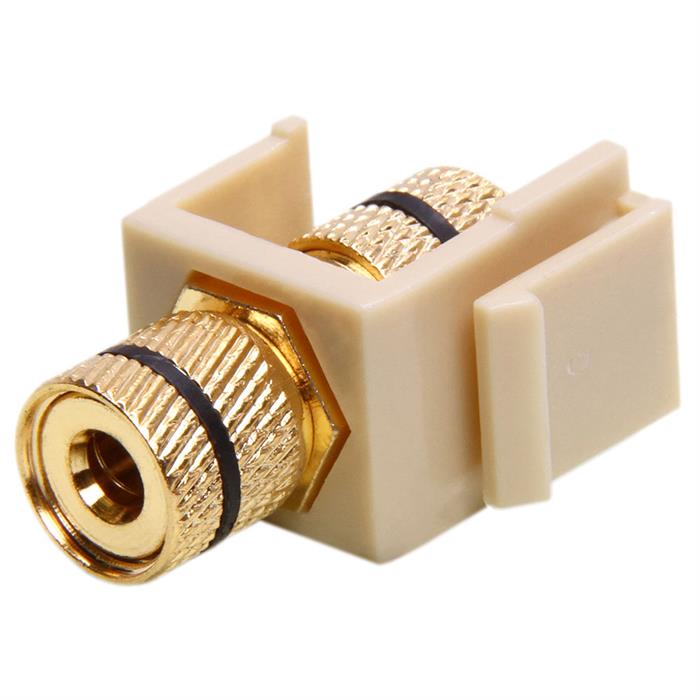 By Dmeranda (Own work) [Public domain], via Wikimedia Commons

Due to its typical shape, it has been named ‘keystone jack’. The dimensions and design resemble that of a RJ-11 standard wall jack which is generally used for connection of fax machines, telephone devices as well as dial-up modems and even traditional telephone lines.

Depending on their physical size and the material they are made of, there are several types of keystone jacks that used specifically for audio visual purposes. These include but are not limited to:

These are a few of the popular options:

Designed to be used with keystone wall plates and panels, banana keystone jacks are one of the most popular options when it comes to audio visual jacks. Banana plugs and jacks are utilized to terminate the wires of the speaker. They are available in colors like white and ivory. You can choose a color that will match your wall plates. Furthermore, banana jacks also have color coded rings which will help you differentiate one from the other while plugging in. 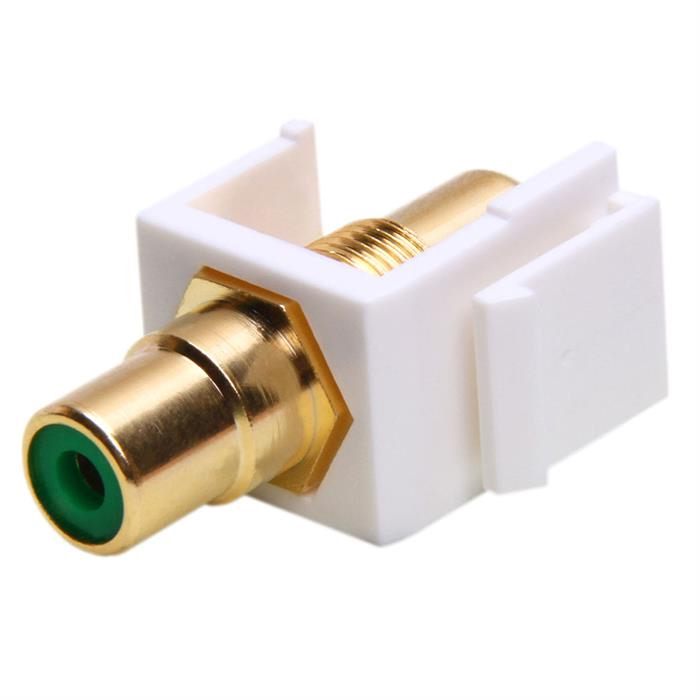 Some options include red plastic color code rings as well as blue and green. The front part of these jacks is open to connections with banana plugs, bare wire as well as spades. Like other keystone jacks, banana jacks help you create a less messy and well-managed media room as compared to using in-wall running wiring. These are screwed in for ease of use.

They are rear threaded connectors of the F type that can be securely fixed as an in-wall connection. RG-6 and RG-59 coaxial cables are compatible with it. Designed with your home theater system in mind, the modular F type gold plated keystone jacks offer you the freedom of running coax cables through your walls. If you wish to use the connector as a female to female gender changer, you can simply remove the plastic housing of the jack. Installation is easy as all you need is a standard connector and wall mounted jack plate.

Modular RCA keystone jacks are available in 5 insert colors which are red, blue, yellow, green, and white. These are high performance connectors which are designed specifically with home theater system, high fidelity surround sound devices, and high resolution monitors. Whether you need them for residential or commercial use, these modular RCA keystone jacks will step up to the plate with ease. They are compatible with all ICC faceplates.

When it comes to signal quality, they provide excellent signal quality with the least amount of noise, when used with composite video or audio systems and components. As with other keystone jacks, modular RCA jacks allow users to access a clean connection point for running in-wall coax cabling. This means that there is not any excessive clutter and mess in your media room.

Available in three body colors of black, white and ivory, 3.5mmstereo female to female keystone jacks are a standard insert that features a 3.5mm female jack of the three-conductor type. It may be used in applications that require two or three conductors. With a female 3.5mm to female 3.5mm, this is the perfect keystone jack to mount on your wall plate.