After you have gone through the array of features atop the Samsung Galaxy NX professional digital camera, you will hesitate to call it a “camera.” Well, it is a camera alright (and quite a feature-rich one at that too) but it is also a “connected” system. And here lies its uniqueness.

The Samsung Galaxy NX camera is the world’s very first Android-powered camera that also provides seamless 3G/4G and Wi-Fi connectivity. So you can connect to all your social media accounts and post and download images and videos from sites like Facebook, Pinterest, YouTube, Twitter, and Instagram using the camera. You can also download Android apps that will enable you to play with and edit your images and come up with beautiful shots and even create presentations with these.

A Camera that Delivers a Knockout Punch

But for all these tablet-like features, the Samsung Galaxy NX is still a camera and the dedicated shutterbugs, after they have recovered from their wide-eyed and gaping mouthed speechless states, will definitely want to know how the camera scores, as a camera. 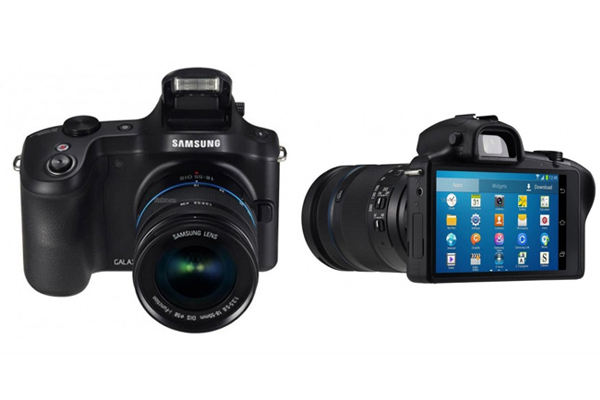 At a glance, the Samsung Galaxy NX looks just like any other mirrorless camera with an electronic viewfinder. While it is taller, wider, and bulkier, it is not cumbersome to wield. What takes pride of place in this device is the large 4.8-inch and high-resolution 720p touchscreen HD LCD. There is also a 0.46-inch SVGA electronic viewfinder. Before you wonder about the surprising lack of buttons and dials on the camera, most of the controls are inside the Android camera app. 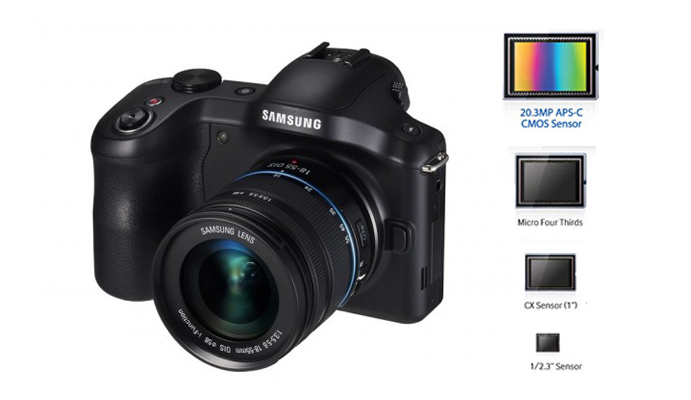 However, these are just the details. The heavyweights on the Samsung Galaxy NX are the 20.3MP APS-C sensor and a DRIMe IV Image Signal Processor. The camera also has an Advanced Hybrid Auto Focus system, 8.6fps shooting capability, and a 1/6000 second shutter speed. Many discerning photographers will be quite impressed by now. But there's more to come. The package contains a set on interchangeable lenses that include, apart from the ubiquitous longer prime and zoom lenses, ultra-wide fisheye, and compact pancake lenses.

The Samsung Galaxy NX is sure straddling the frontiers of technology and the professional digital photographer might not find much to complain about what's under the hood. This smart camera also has on board the Photo Suggest feature that senses your location and immediately connects you to a vast gallery of shots of the place taken by other photographers. This will help you get ideas about the best compositions of a popular landmark or a tourist hotspot and create stellar photographs of your own.

But for all its features and technological wizcraft, the Samsung Galaxy NX is very steeply priced. The camera has been positioned as a niche device and with its price tag, it will be out of reach for the majority of photographers. What is more, the full-frame Sony Alpha 7 is just round the corner. It will cost only a few hundred dollars more than the Samsung Galaxy NX and anyone who can afford the Samsung beast, will surely have the marvelous sense to wait some time more and take home the mightier Sony camera.