S-Video to RCA Adapters that Deliver Every Time

S-video to RCA adapters as the name suggests, will have S-video connector at one end and RCA connector at the other. To gain a proper understanding of these adapters it is important to know these two connectors in detail.

The RCA connector takes its name from Radio Corporation of America, who was the first to introduce this design in the early '40s. RCA connectors are typically used in most A/V devices and therefore the connectors are often referred to as A/V jacks. The typical characteristic of RCA is that it has three separate connectors, which are color-coded and is used for transmitting composite or component video.

S-Video connection provides much better picture quality than RCA connection. However, S-video connector can transmit only video signal, and the audio connection will have to be taken care of separately. The S-video plug has usually four metal pins and one plastic pin for polarity. The S-video cable consists of three wires, which carries two video signals and one wire is the earth. One signal carries the video luminescence while the other signal carries information about the color placement of the video.

Why do you Require S-Video to RCA Adapters

Most of the video source devices such as DVD players, VCR, PCs, laptops, and satellite TV systems have S-video output. However, many output devices still have only RCA ports and accept only these connectors. In such a situation, connecting video devices becomes a problem, as there are two different types of connections. The best solution is to purchase an appropriate S-video to RCA adapter. This adapter is particularly useful for people who want to connect their laptop, PC, or DVD player having S-video, to their older TV sets that have only RCA sockets. You can also connect your PC or laptop to your old camcorder having only RCA connection.

Things to Consider before Purchasing S-Video to RCA Adapters

There are several things to consider before shopping for S-video to RCA adapters. The first thing to check is whether your S-video port has four pins or seven pins. However, a four pin S-video connector will usually work in a 7-pin socket. You also need to see if the S-video port on your device is male or female. If it is male, you will need an adapter with a female S-video connector, and vice-versa. Similarly, you need to see if the RCA port available on your TV or projector is male or female. Hence, you can end up with various combinations of adapter types depending on the male and female connectors for each end. 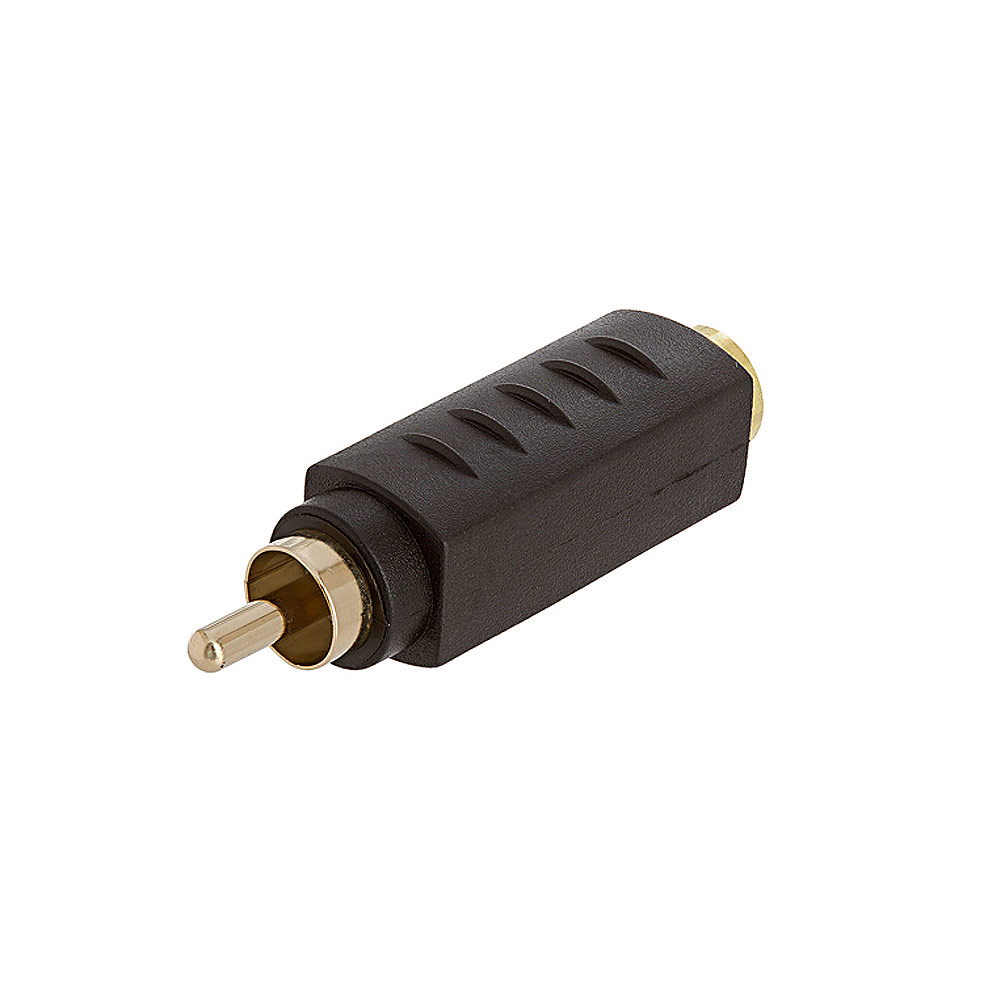 The next thing to consider is the colors of the RCA connectors on your TV, projector, or DVD receiver. You need to find an adapter that has matching colors for the RCA connectors. There are mainly two color combinations, RGB (Red, Green, and Blue), and then there is the yellow, white, red, or yellow, black, red, combinations. The red, green, blue combination is typically for analog systems and is component video, which does not carry audio; but the image quality could be better. The yellow, white, red, or yellow, black, red combinations are typically composite video and these connectors also carry audio. These two color combos are specially suited for digital video.

Typically, most S-video to RCA adapters will have the two types of connectors at each end. However, you can also get an adapter that has a converter plug, which can be connected to RCA cable. The converter plug will usually have male S-video connector at one end and a female RCA connector at the other.

In case of such a setup, you will have to connect male plug of a RCA cable to the female RCA connector on the adapter, and insert the colored plugs into the corresponding jacks on your TV. The yellow plug is for video and the red and white are audio jacks. Now insert the male S-video end of the converter plug into the female S-video port on your laptop or PC. Set your TV to AV mode, and on your computer or laptop, you will have to switch to S-video port from the normal monitor output. If you are using Windows operating system, go to Control Panel and click on Windows Display, and the click on Advanced tab. Once you have made the switch, play the video on your computer, and enjoy watching it on your TV.

Another thing to consider while purchasing the S-video to RCA adapter is the build and quality of the product. Try to obtain an adapter, which has passive circuitry and bi-directional converter. Cheaper adapters will have simple build that just connects C and Y wired together, which will produce black and white image or the picture will be very fuzzy. Secondly, check customer feedback for the adapter to see if it works with most video cards having S-video output, and check the number of pins.

If you want the S-video to RCA adapter to work with composite as well component video, then it is better to go in for converter plug design that offers female RCA connector. You can simply attach the required RCA cable to this connector and switch between component and composite RCA video cables. However, it is best to convert S-video to composite video for best results. With the converter plug, it is also possible to convert composite video output to S-video input; however, the results will mainly depend on your composite source. Finally, it is always better to buy S-video to RCA adapter from a place that offers a fair return policy, in case it does not work for your devices. Keep your receipt!