Oculus Rift: True Virtual Reality Gaming Is On The Way

Movies, video games and even paper watches have been notable successes launched with Kickstarter campaigns. The most important project ever begun on Kickstarter, though, may be the Oculus Rift – the virtual reality gaming headset which got its initial $2.5 million funding from donations on the webiste, and should finally be rolling out for consumers in the first quarter of 2016.

What Is Oculus Rift?

The device is a light headset made of plastic and fabric which you wear like an enormous set of 3-D goggles. The final prototype lets you wear the headset over glasses, which was a problem with initial versions; you can also adjust the device to accommodate your facial structure so it’s centered on each of your eyes. Headphones which can snap into the side rails.

Unfortunately, the Rift isn’t wireless yet so you have to plug the headset into a gaming PC. A separate mountable camera tracks the movements of your head, and you’ll initially interact with the game you’re playing by means of an Xbox One gamepad. True, that isn’t complete virtual reality yet, but Oculus is planning to release wireless controllers with triggers and joysticks later in 2016. They will wrap around your hands and let you fully get into VR mode. 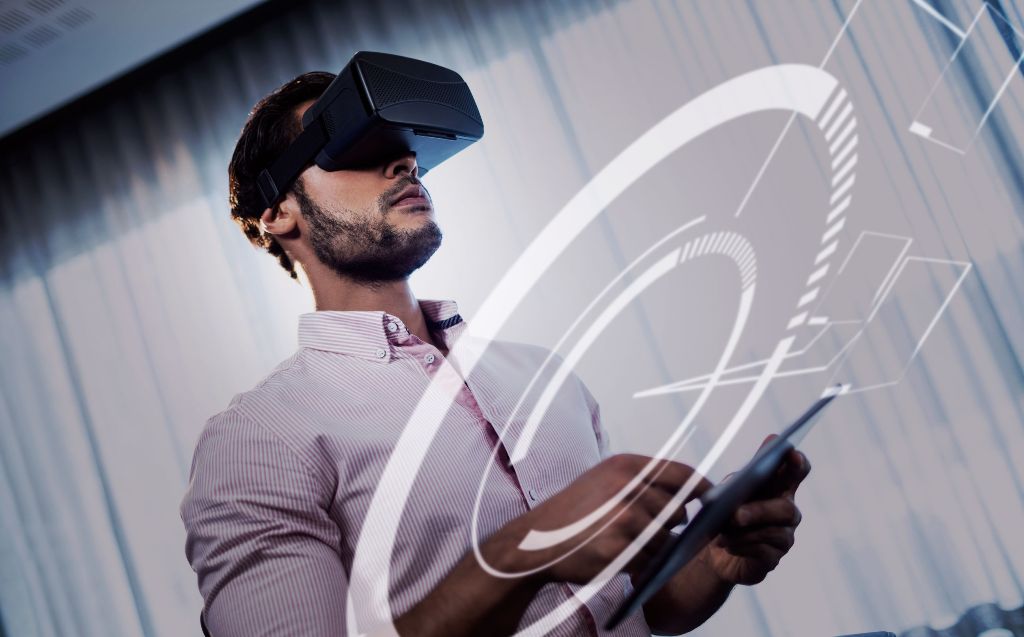 Inside the headset is a pair of OLED screens (one in front of each eye) where you watch the action unfold. The screens are high-resolution, have a very wide field of view and are ultra-low latency. Those who’ve had an opportunity to test the final prototype say the display is simply amazing with no pixelation or blurring.

Several high-quality VR action games like EVE Valkyrie, Edge of Nowhere and Chronos have already been developed for the Rift (as well for as the competing Sony Morpheus). Many more, including sports games, are in development for 2016. Oculus has also said it will make $10 million dollars available to independent developers who want to create VR games for the system.

What Is Ahead For The Oculus Rift?

One of the most intriguing things about the Rift is that the system’s original developer, Palmer Luckey, doesn’t own it anymore. He sold Oculus to Facebook last year for more than two billion dollars. So the big question is: why did Facebook want the company?

Some theorize that Mark Zuckerberg simply bought it as a toy, because he loved the technology and is incredibly rich. After all, the games which Facebook has made huge profits on (like FarmVille) certainly don’t seem to demand a VR experience.

Zuckerberg, though, says Rift will focus primarily on true VR gaming for the near term, with much bigger things planned for the future: "Imagine enjoying a courtside seat at a game, studying in a classroom of students and teachers all over the world or consulting with a doctor face-to-face – just by putting on goggles in your home."

Skeptics see other reasons why Facebook would want Oculus. One of the words which made it into Zuckerberg’s explanation was "advertising", a clear signal that he sees potential in monetizing a community of virtual reality users. And it’s not hard to visualize Facebook finding ways to mine millions of VR consumers for marketing data.

For now, though, Oculus Rift promises to be an exciting new experience for gamers, many of whom can’t wait for the product to ship in a few months.