The rapid advancements that have been made in video and wireless technology have contributed a lot more to our society than ooVoo and Snapchat.

Businesses rely heavily on video conferencing and wireless apps, which in many cases have eliminated the enormous airline and hotel bills associated with in-person meetings and sales calls.

And both businesses and homeowners have been able to add or drastically upgrade their security systems, thanks to the high-quality video intercom systems which are now available at very reasonable prices. These systems can provide other very useful functions as well.

Is A Video Intercom System Just What Its Name Says?

Pretty much. In its simplest terms, a video intercom is very similar to the audio-only intercom systems we’re all familiar with, and which are still around today. They allow direct communication between two or more points, most often to monitor and speak with visitors at building entry points or to monitor activity in specific rooms. Baby monitors are one of the best examples of how audio (and video) intercom systems are welcome additions inside a home. 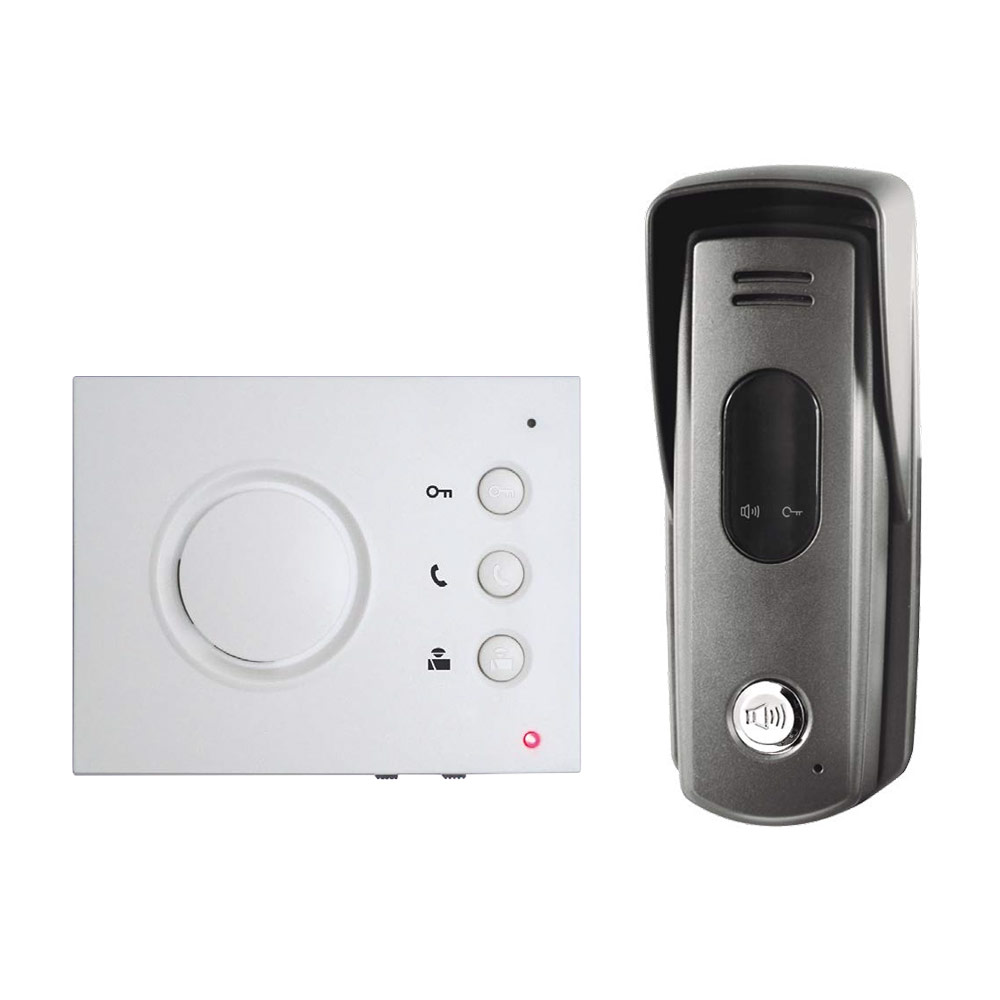 Old-school audio intercoms were of necessity wired systems, and that type of intercom setup is still available. Technological developments, however, have made it possible to connect closed-circuit TV cameras (CCTV), intercom stations and monitors via WiFi, Bluetooth or other means – making the systems more flexible and convenient. And the emergence of reliable point-to-point video communication allowed the creation of video intercoms which provide an entirely new dimension to security and monitoring systems. (Not all video intercom systems are wireless; fully-wired systems are a popular product as well.)

It’s not just the fact that you can see who’s at the door (or watch your baby as she sleeps) that makes video intercoms more valuable than their older audio cousins. Some can work hand-in-hand with push-button, swipe-card or other advanced entry systems. Video footage can easily be recorded for later use, should it become necessary. Factory managers can watch activity on the floor from elsewhere in the plant, and then communicate with workers in real time. And when using a system that wirelessly interfaces with outside devices, you can receive an alert on your phone, see who’s at your door and decide whether to give them access – whether you’re at home, at work or in another city.

Both wired and wireless intercom systems work in the same basic way as an audio intercom. Signals are transmitted from the monitored point to a display screen inside the building or at another location, allowing the person monitoring the screen to decide what action is appropriate.

The simplest type of video intercom involves a high-resolution, wide-angle camera built into a unit installed at an entry point. The wide angle is meant to allow a full view of all the people standing at the door, and the positioning of the camera gives a clear picture of the person requesting access. Some systems are activated only when a doorbell is rung, while others are motion- or sound-sensitive and will turn on automatically when activity is detected near the door; this allows advance monitoring around the entry point. 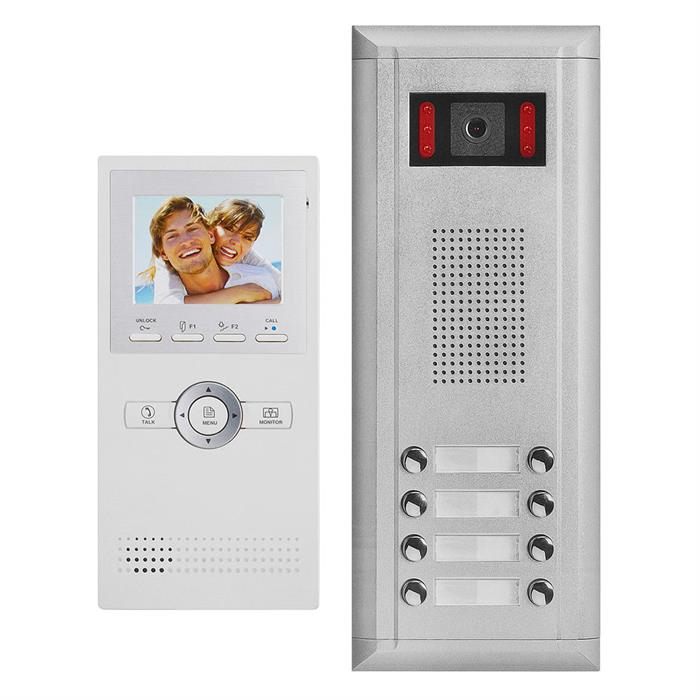 More expansive video intercom systems can utilize one or more CCTV cameras mounted at different locations around the entry point, giving better views of an entire area for increased security. Night-vision cameras and LED lighting can be added in order to provide quality video even with low light at night. Fancier systems can include multiple units at multiple entry points. Many video intercom installations are designed for use by large apartment complexes so each individual resident can be signaled and see who’s at the door when their specific doorbell is rung.

The transmitted video signal, along with full audio, can be received in several ways. It can be sent to a single indoor video monitor or viewed on several similar or identical monitors. It can also be available for viewing on any pre-programmed hand-held device (like a tablet or phone) via wireless connection. The quality of video monitors varies with model (and cost), but most modern systems feature TFT LCD screens with adjustable brightness controls, and their screens range from several inches all the way up to seven inches. There are also video intercoms designed for internal home or business use, to monitor activity in spaces like childrens’ rooms or employee work areas. 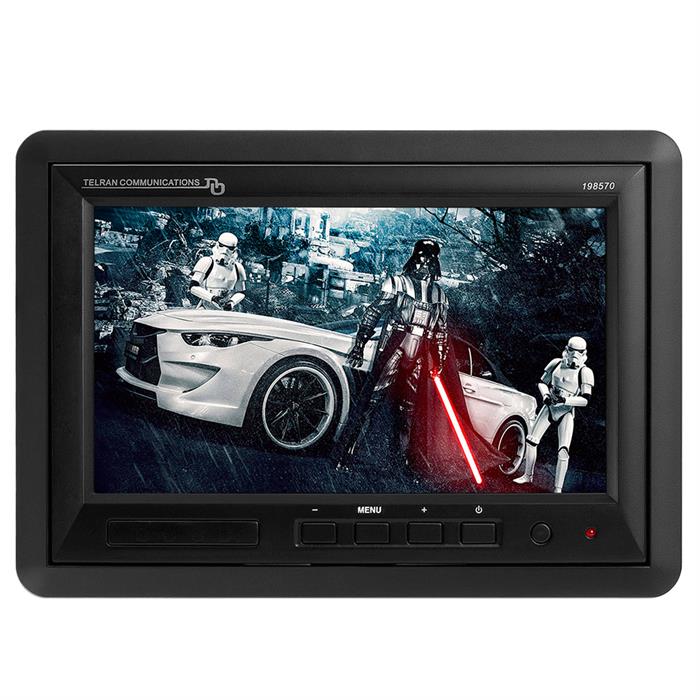 Many higher-end video monitor systems feature built-in memory functions so you can save feeds to an SD card, or allow you to automatically capture a large amount of video footage for later viewing on a digital recorder. These features come in handy if there’s a need for police or other authorities to review the footage, but they can also serve more benign purposes. For example, if you’re using the intercom system to monitor a sleeping infant you can show proud grandparents what your little angel looks like while fast asleep, or take screen captures to be printed out or displayed in a digital picture frame.

Some video intercoms are designed to interface with existing smart home solutions, to provide an integrated method of controlling everything from temperatures and HDTVs, to full-property CCTV systems, lighting and home security alarms. This is undoubtedly the future of high-end intercom systems.

A major choice you’ll have to make when purchasing a video intercom is whether you want a wired or wireless system.

Wired systems can use either standard coax cables or Cat5e Ethernet cables, with the latter being a better choice for large installations because of bulk cable’s lower cost and the fact that there’s no opportunity for hackers to interfere with transmissions. (Cat6 cables can also be used, but the extra cost normally isn’t required.) 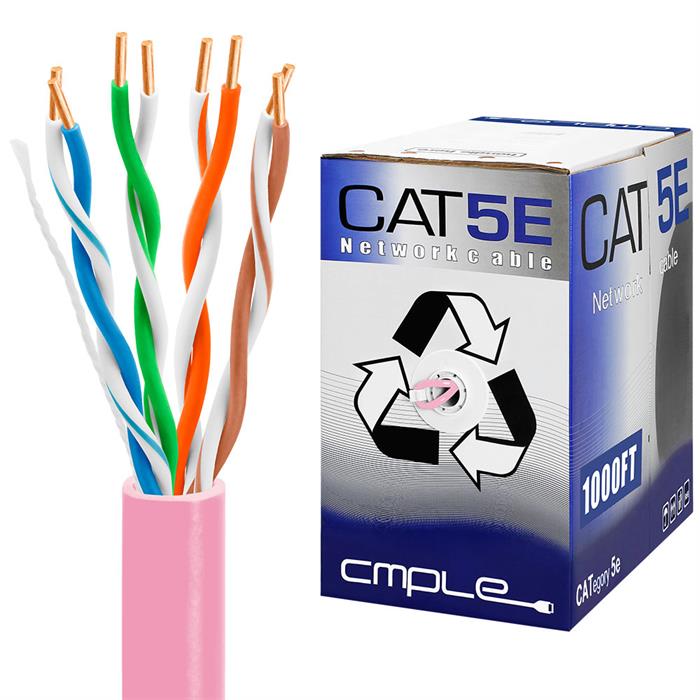 Wireless video intercom systems are usually more expensive than wired ones, and typically utilize a home or building’s WiFi network. They provide a much greater level of flexibility, since the video and audio signals can be received on any wireless device anywhere in the home or building – or anywhere in the world. For these reasons, homeowners are more likely to find a wireless system the better alternative (even more so if they’re using their video intercom to monitor a sleeping infant or activity in the kids’ rooms), while large companies and apartment owners often decide on a wired approach.

Cmple carries a wide range of video intercom systems suitable for nearly any application, at prices much lower than those available in any brick-and-mortar store or at other online sites.