“Grandpa, were phones really attached to wires when you grew up?”

“They sure were, Billy. And the only thing you could do on them was talk to other people.”

More and more people are abandoning traditional wired phone systems and relying solely on their smartphones. It may not be until Billy’s generation, though, that people will need an explanation of what phone cables “were” and what they “did.”

The majority of homes still have wired phones attached to phone cables, and as with any electronic, electric or computer equipment, there are times when those cables must be upgraded or replaced. There are also times when new phone systems must be installed.

So this learning center article isn’t meant for Billy and his friends. It’s designed to explain the often-confusing terminology used to describe today’s phone cables, and how to choose the cables and modular connectors that fit your needs.

Why Phone Cable Descriptions Are Hard To Understand

Phone cables are usually described as RJ11, RJ12 or RJ45 – or as 6P4C, 6P6C or 8P8C. As you’ll soon understand, that doesn’t describe the cables at all; it describes the modular connectors used on either end of them. Additionally, some Ethernet cables look exactly like phone cables and use similar connectors on each end; they’re very easy to confuse. 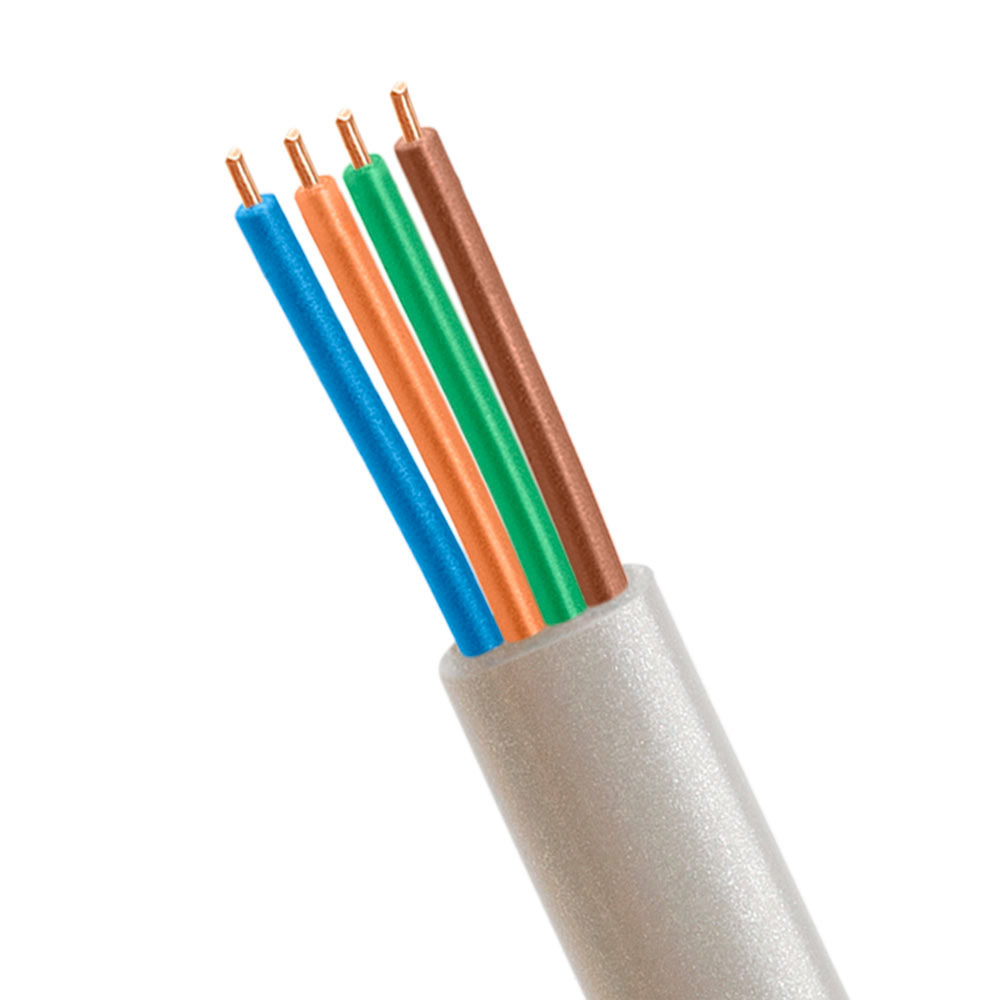 The first consideration is whether you are purchasing bulk phone cable for wiring a house (or making a number of smaller cables), or purchasing a pre-made cord which already has modular connectors and is ready to plug in. For the latter, labels like RJ11 or 6P4C are important. If you’re simply purchasing phone wire for long runs, the choices become easier – although you’ll still have to deal with modular connectors eventually.

We’ll start, though, by looking at the actual cable used to connect phones and phone systems.

Types and Characteristics of Phone Cables

Voice communication doesn’t require a lot of bandwidth, so the thin, flat phone cables you see in most homes are perfectly suited to what’s known in the telecommunications industry as POTS (which stands for “plain old telephone service”) connections. These cables normally contain stranded conductors made from 24AWG or 26AWG silver/satin or solid copper, which is more than enough to handle voice traffic and low-speed data like the signals sent to a fax machine. It’s an oversimplification, but as long as the cable comes from a quality manufacturer (like Cmple) all phone cable is generally the same.

The more important question is how many conductors are inside the cable. Four, six and eight conductors are the most common for home use (are the 6P4C, 6P6C and 8P8C labels starting to ring a bell? – the “C” stands for conductors), although some large phone cables for commercial uses can contain as many as 25 twisted pairs of conductors. When you purchase bulk cable the wires are generally not twisted or braided, because there’s no real problem with signal loss at such low bandwidth. Some pre-made phone cables may have twisted pairs or shielding inside, although it’s usually not necessary. Phone cables are usually covered with a durable PVC jacket.

So, how many conductors do you need to hook up a phone? In reality, you only need two, but four has been standard for American phone systems for a very long time (they still use two conductor modular connectors in the U.K. and other countries). The “extra” two conductors are often used for a second phone line, or to supply power for lights or extra functions on some telephones. Six conductors are needed for three phone lines, for some of the special features found on many modern phones, or for telephones connected in more elaborate powered phone systems.

For those reasons, 6P4C and 6P6C modular connectors are used most often in the U.S., and they’re the most commonly-seen types of pre-made phone cables.

If you’ve been wondering about the “6P” part, it just means there are six wiring “positions” on the connector. Unless you’re wiring up your own bulk cable, you don’t have to worry about that. What’s more important is that the number of positions determines a connector’s size, so any connector that is 6P is the same size no matter how many conductors are used. That’s why when you put a 6P4C connector into a 6P6P jack (or vice versa), it will usually work. (The cord that connects to your phone’s handset is 4P4C, so it can’t be used to plug your phone into the wall.) 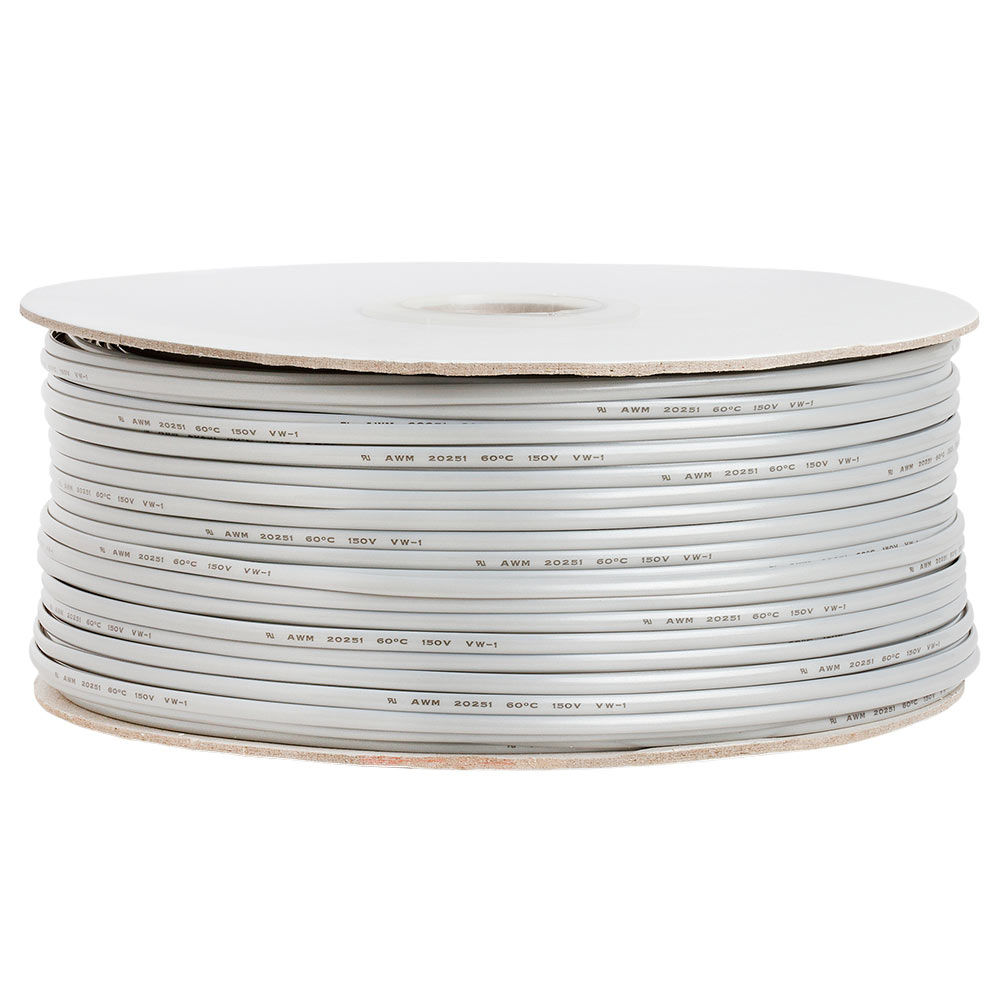 OK, we haven’t mentioned eight conductors yet. 8P phone cables aren’t very common in homes, but they can be used for four telephone lines, ISDN connections, or some proprietary powered phone systems. They are thicker than “normal” phone cables because they have more conductors inside, and they use 8P8C modular connectors which are larger than 6P4C and 6P6C ones.
You’re definitely familiar with 8P8C connectors, though. They’re the standard for Ethernet connections over four twisted pairs of Cat5e or Cat6 cables.

So What’s The RJ Stuff All About?

There’s one more confusing element to all of this, and then we’ll summarize everything from a buyer’s perspective.
Modular connectors (or pre-made phone cables) are often described as RJ11, RJ12 or RJ45. There’s a long history to the abbreviation RJ (which stands for “registered jack”), and it’s really not correct to use the term to describe phone cables. It actually defines a government-approved circuit configuration.

In practical terms, however, the RJ numbers are commonly used to describe modular connectors. An RJ11 connector is usually the same as a 6P4C, an RJ12 is a 6P6C, and an RJ45 is an 8P8P.

That wasn’t so hard, was it? (Of course, we didn’t tell you that some manufacturers call a 6P4C an RJ12 instead of an RJ11 – that would just confuse things.)

ALRIGHT ALREADY! WHAT KIND OF PHONE CABLE DO I NEED?

Calm down. Here’s the cheat sheet.

That wasn’t so bad, was it?