Thankfully, the groups that determine the Ethernet twisted-pair cable standards that manufacturers are required to follow have developed an easier system. It may take a little reading to fully understand the difference between Category 5, Category 5e, Category 6 and Category 6a cables (usually abbreviated as Cat5, Cat5e, Cat6 and Cat6a), but at least you don’t end up with a headache trying to figure them out. 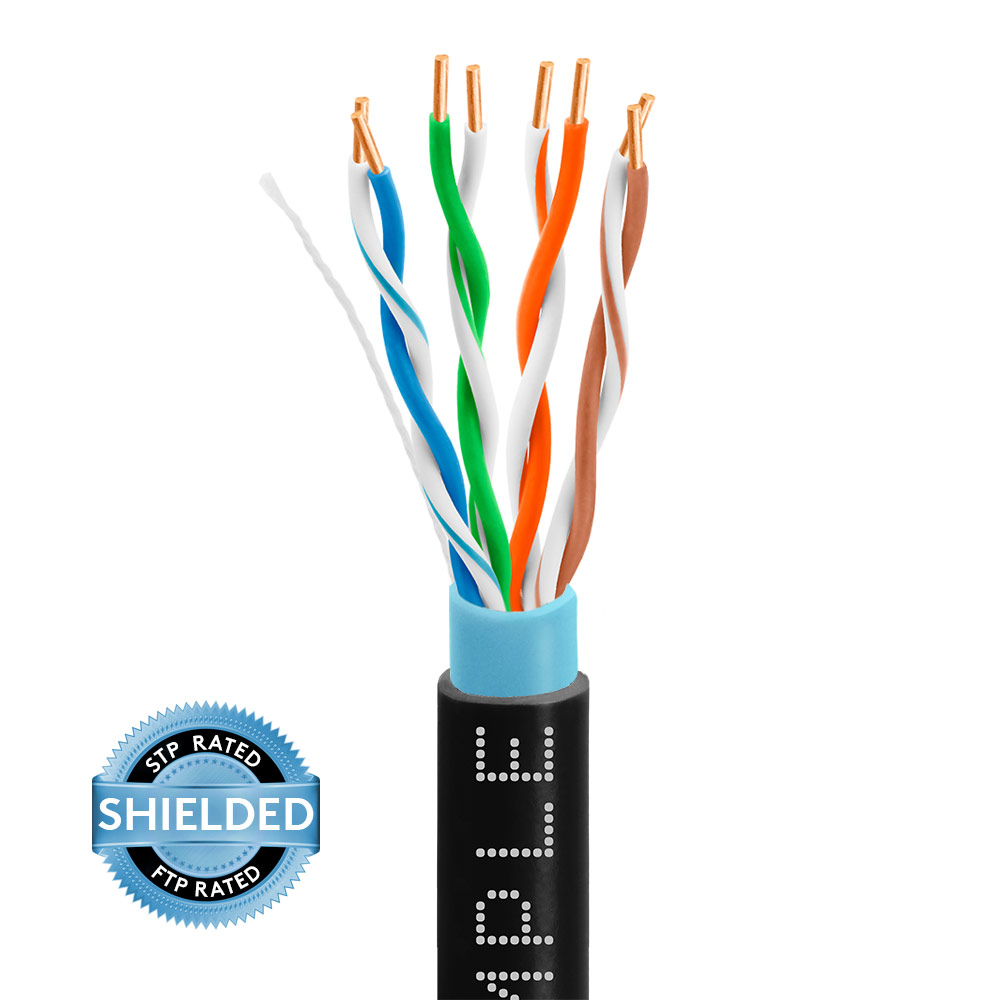 We don’t hear about them today, but there were actually Category 3 and 4 standards as well, published in the same year as the Cat5 standards, 1991. At that time the specifications for Cat5 were considered so advanced, supporting frequencies up to 100 MHz and speeds as high as Gigabit Ethernet, that no one expected them to be utilized for quite a while. But by the mid-90s it became apparent that even Cat5 wasn’t going to provide enough bandwidth over the long term. Development of specs for Cat6 and Cat7 began at that point, as did work on an improved version of Category 5 which would prevent the cross-talk and electromagnetic interference issues being experienced at speeds of 100 MHz. That improvement was Category 5e (the “e” stands for “enhanced”) and Cat5e quickly became the de facto standard for Ethernet cabling well into the 2000s. Cat5 is very rarely used or seen anymore, particularly since Cat5e is backward-compatible and can be used alongside previously-installed Cat5 cable.

Today, some new Ethernet installations use more expensive Cat6 or Cat6a (for “augmented”) cabling because it has even greater interference protection and can support 10 Gigagit Ethernet networks; Cat7 cable is also seen on occasion. But Cat5e cable remains the very-capable workhorse for older installations – as well as newer ones which operate at more common Gigabit Ethernet speeds. And unless there’s a need for one specific, short network patch, Cat5e bulk cable is the most economical and convenient choice when buying Category 5e cabling.

What Is Cat5e Cable Used For?

The primary application for Cat5e cable is, of course, wiring Ethernet networks for business and home use. It’s perfect for connecting servers, individual computers or workstations, and all of the other components in a network. Because of its capabilities to handle fast data transmissions without signal loss or degradation, though, it’s also regularly used in telephone system applications, closed-circuit security camera systems and broadcast television studios. If you walk into any business or wired home, chances are high that Cat5e cable is in use throughout the building.

We’ve mentioned the capabilities of Cat5e Ethernet cable, but here’s a more rigorous look. One stated specification for Cat5e is the ability to properly handle data transfer at frequencies of at least 100 MHz, but advances in manufacturing techniques now allow most Cat5e cables to handle as much as 350 MHz through the use of more tightly twisted pairs and higher-grade conductors which lower the resistance in the cabling. Cable meeting category 5a cable is able to handle modern Gigabit Ethernet (1000BASE-TX) connections, as well as the lower-speed 10mbps Ethernet and 100BASE-TX “fast Ethernet” which used to be the norm. There are also the stricter standards we discussed earlier which protect against PS-ELFEXT and NEXT crosstalk, along with rigorous specs for signal attenuation and return loss.

The first type of Cat5e cable is made with copper-clad aluminum (CCA) conductors and is intended for applications which require straight runs of cable. That’s because CCA cable is prone to breaks if it has to be severely twisted and bent to fit installation requirements. The conductors in the cable won’t normally break once in use, but installation can create unusual stresses on cabling beyond the strength of CCA. This is a less-expensive choice for Cat5e bulk cable.

The second type is constructed with twisted pairs of pure copper wire, which is stronger and can withstand the added stress of being manipulated during installation. If cable runs have to be bent around corners or twisted to fit into tight spaces, pure copper is the better choice. It also has the added benefit of greater conductivity than CCA, so signal transfer may be superior as well. Pure copper Cat5e bulk cable is more expensive than CCA.

In most cases, each type of cabling will contain 24 gauge conductors and will be wrapped in a strong PVC outer jacket which protects the conductors against everyday tugging and accidental impact. You can also opt for PVC-jacketed pure copper Cat5e bulk cable which is CMR-rated for use in walls, ceilings and building risers, or CMP-rated jackets which provide added fire safety and are approved for use in building plenums and ducts without protective conduit.

You’ll pay more for the added benefits of CMR- or CMP-rated cable, but it will pass all building inspections and make hidden and attractive installation a lot easier.

It’s always cheaper to buy items in bulk, and Cat5e Ethernet cable is no exception. Our Cmple Cat5e bulk cable, for example, is a cost-effective option for all of the wiring required in full network installations. But it can also be cut into smaller lengths to custom-create smaller cables of any size, at a much lower cost than buying individual patch cables. The Cmple bulk cable comes in 1000 foot spools contained in reinforced boxes specifically designed to prevent kinks as the cable is pulled, and marked by the foot for easy measuring. And Cat5e bulk cable comes without connectors attached, so there’s complete flexibility to use the cabling in any application simply by adding connectors as desired.

Cat5e bulk cable is suitable for almost any Ethernet network in use today, and backward-compatibility in Ethernet standards ensures that it will be functional and effective for many years to come.