It's A Thumbdrive! It's A Dongle! No, It's An Actual Computer!

The history of just about every electronic device ever made, clearly shows that miniaturization is inevitable. Just think about the size of the first PCs (or as they were affectionately known, boat anchors) and then think about how much more computing power there is in your smart phone. Or while we're on the subject of phones, visualize the first "portable phones" which were so large they had to be carried in suitcases. If any device exists, you can be sure that engineers are hard at work trying to make it smaller.

Now, visualize a flash drive, or the Chromecast dongle you may have attached to your TV. If you think that's about as functional as something that small can get (at least, when it comes to personal electronics and computing) -think again. One of the craziest new computers on the market is the Bay Trail Atom PC; it's manufactured in China, and (we swear) it's the size of a thumbdrive, weighing less than a couple of ounces. 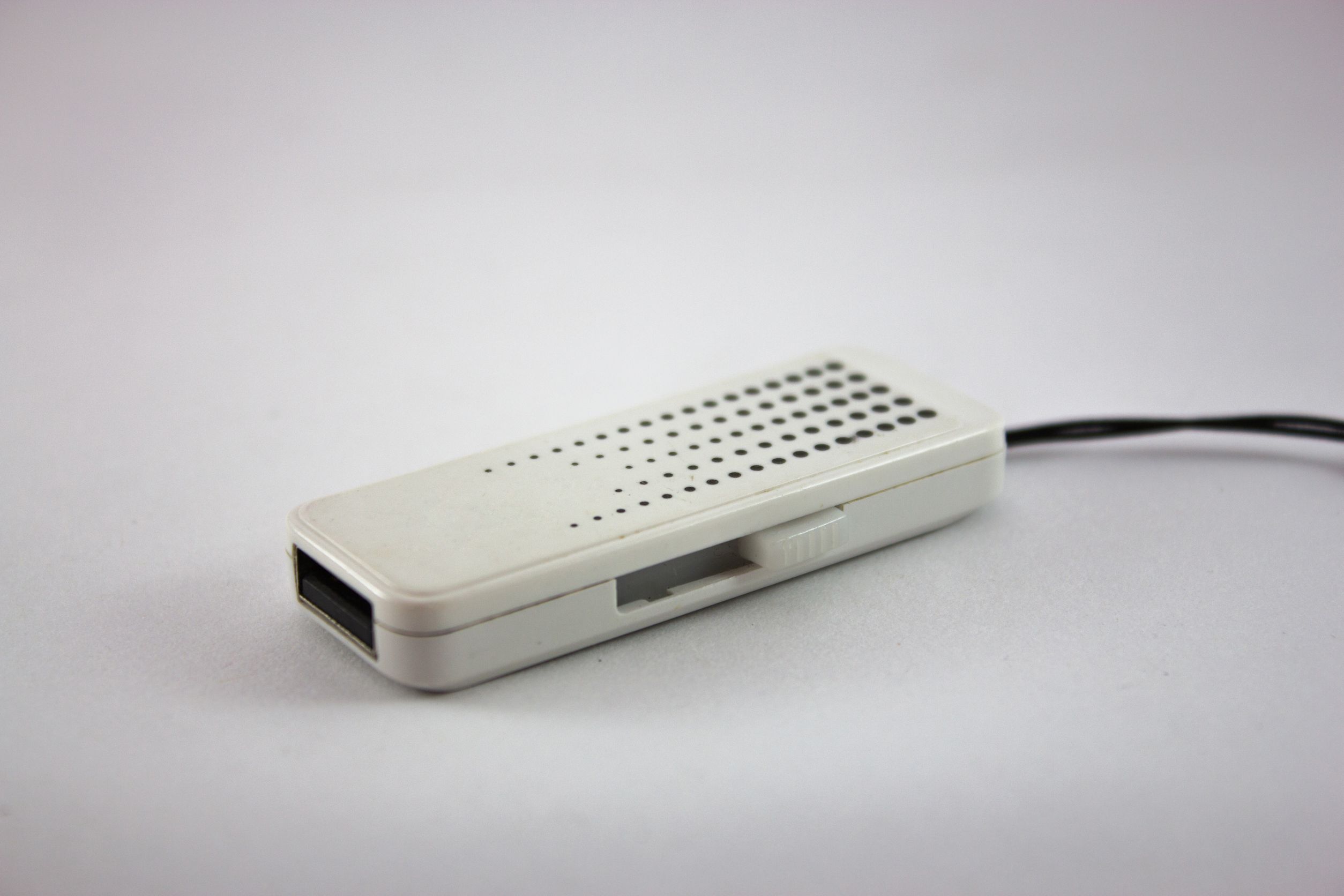 You simply plug this machine into the HDMI port on any HDMI-enabled device you may have. And poof - you have a real computer based on the Atom Z3735G processor: a fully-functioning Intel quad-core 32-bit x86 PC with 2 gigs of RAM and 32 gigs of internal flash storage (that's in the second generation of this machine, which was recently released). There are also two micro USB 2.0 ports (one of which works with an included AC adapter) and a full-sized USB port, and wireless capability with Bluetooth 4.0 and 802.11b/g/n WiFi.

The Bay Trail Atom PC isn't just a novelty, as you can probably tell from those specs. It can run Windows 8 (some vendors ship the machine with an unactivated copy of Win8 already installed), Android, Ubuntu or other Linux operating systems. It also fully supports 64-bit software, so it works just fine for most normal desktop functions and can even handle not-too-intensive gaming. And you can pick up this baby from a number of different vendors for as little as about $100 at Alibaba or Amazon. Not bad for a computer you can throw into your pocket when you're done with it.

The functionality of the Bay Trail Atom is just one example of the inexorable march toward "tiny-ness" when it comes to electronics. Before this machine's release last year (and its more-recent second-generation release), industry experts were impressed with several small machines based on Intel's Bay Trail Atom processor, like the MINIX NEO Z64 and the ZBOX ZOTAC PI320 mini PCs. But both of those machines are larger than the Atom PC (closer to the size of an iPhone than a dongle or memory stick) and don't really have any major advantages over the Atom PC to speak of. On the other hand, they require an additional cable to connect to an HDMI port. While they haven't necessarily been rendered irrelevant by the Atom PC, their impact certainly hasn't been as great as their manufacturers certainly had hoped.,

What's next, a PC the size of a connector? The size of a single chip? Hard to say - but with the continuing push for smaller and smaller devices, we certainly wouldn't bet against it.