The Fundamentals of HDMI and DVI Adapters

To know more about F to F adapters, it is first necessary to have a detailed idea about F connector. Eric Winston was the first to invent the F connector during the early part of the '50s when he worked for Jerrold Electronics, who were developing cable television. This connector is now commonly used for connecting RF coaxial cable to devices. Hence, it is used widely in cable television networks, cable modems having RG-59/U or RG-6/U cable. When twin head cables were replaced by coaxial cables in the '70s, it was quite common to see televisions connected to VHF antennas with this connector.

Advantages and Disadvantages of F Connector

Even though this connector is available cheaply, it has an impressive impedance of 75 Ω, providing several GHz of usable bandwidth. The reason this connector is inexpensive is that it does not have a pin of its own and uses central wire of the cable as its pin. However, the F to F adapter will have a pin at one end and it could have a female point for inserting the cable wire, depending on the type of adapter. 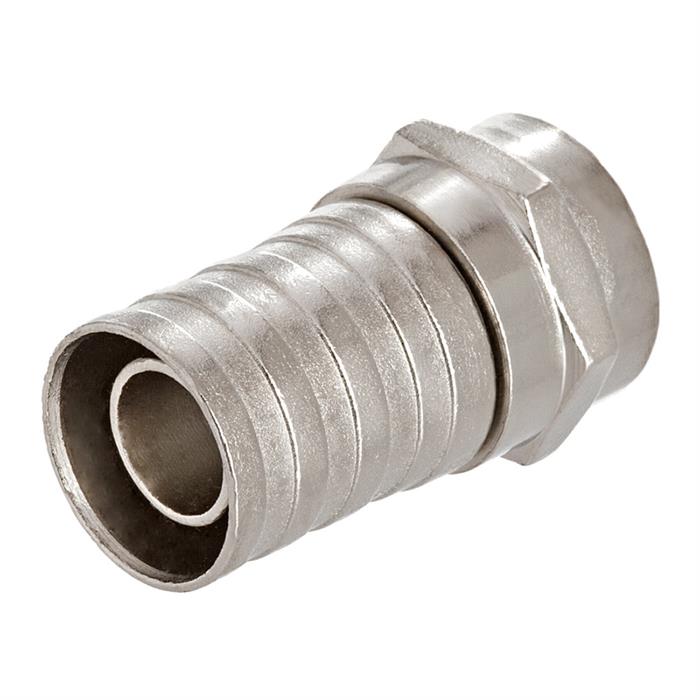 The only possible drawback of the F connector is that its functionality is dependent on the properties of the inner conductor of the cable, which should be a solid wire and should not be resistant to corrosion. Hence, for outside use, you need to use a waterproof version or coat the bare copper conductor wire with some silicone grease. Most F connectors have threaded ring for connecting it to the device, which provides excellent shielding from airborne signals such as of cell phones, radios, TV stations, and so on.

F connectors or F to F adapters are ideal for terrestrial satellite and cable TV installations. However, the connector or adapter should be appropriately matched to the size of the cable and care should be taken during installation.

First, you need to prepare the cable before fixing the F to F adapter on to it. The professional way to do it is with a coaxial stripper. However, it can also be done with a razor knife. Use the knife to remove about half to three-quarter inch of the outer black sheath of the cable. However, make sure you do not cut into the inner shielding of the cable. Now with the help of wire strippers cut into the white plastic sheath without cutting into the copper wire. Pull off the plastic piece and discard, but take care not to nick the copper core. If the F connector or adapter has a crimp ring, then slide this ring over the outer black sheath of the cable. 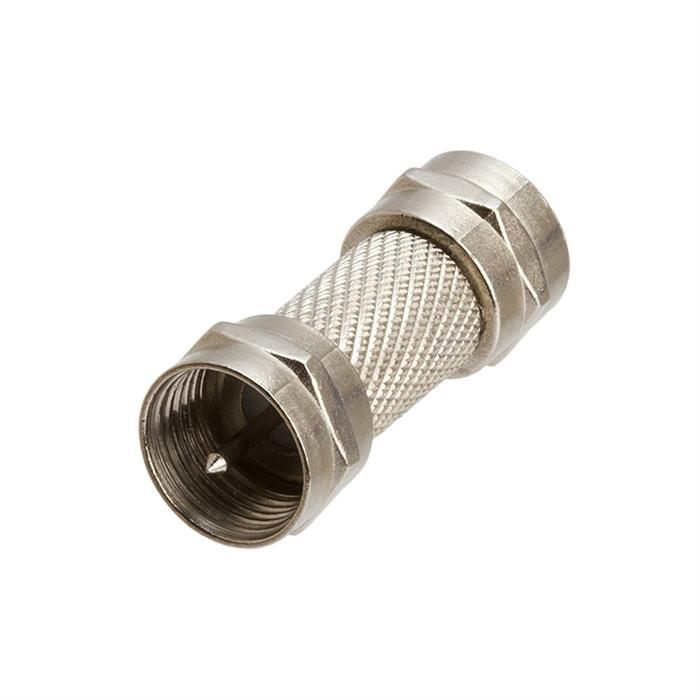 Ideally, you should keep some bit of the plastic on between the black sheath and the exposed copper wire, so that the plastic core makes contact with the connector's hole when you slide on the F connector. After screwing on the connector to the crimp or threaded ring, you should be able to see at least half inch of the core wire at sticking out of the connector's hole. In case of an F to F adapter, make sure the core copper wire is making contact with the inner contact surface or pin.

To attach the ring tightly to the cable, you should use a special tool called a cable crimper. This tool not only makes the job easier but will also make sure it crushes the ring firmly on to the black sheath. Instead of the crimp tool, you could use pliers, but the job will be tacky.

Point to Consider while Shopping for F to F Adapters

The first thing you would want to note is the size of your cable. Coaxial cable for satellite and cable TV installations come in various types such as CT 125, CT100/PF100/WF100, RG6, and WF65. Each type will have different diameter, and therefore their entry dimensions will be different. For instance, CT100 or PF100 has outer diameter of 6.6 mm, whereas the CT125 coaxial cable is 7.8 mm in diameter, and RG6 has diameter of 6.9 mm. The diameter of the cable is critical, since it should fit snugly into the crimp slot or ring of the connector or adapter.

The quality of the material used in making the adapter also counts, as it should not rust or corrode. For outside use, it is always better to cover the metal part with self-amalgamating tape to make it more weatherproof, or you could opt for adapters that are specially made waterproof for outside use.

Uses of F to F adapters

F to F adapters are mainly used for joining coaxial cable, so that signal loss is kept to a minimum. Therefore, these adapters are also often referred to as couplers. F to F adapters are very useful in avoiding costly re-cabling, as you can join coaxial cables without compromising the quality of the signal. For instance, if you want to move your Freesat recorder or your satellite TV set top box, you do not have to do the whole wiring again from the dish antenna. You can simply extend the length of the coaxial cable by attaching additional cable of required length, and joining the two ends with F to F adapter.