DVI refers to a technology especially designed to augment the video quality of modern LCD monitors and graphic cards. Historically, the DVI cables bridge the gap between the Plug & Play standard and the innovative HDMI interface. Before the launch of the HDMI interface, the DVI interface represented the number one digital transfer method of various high-end video displays, including HDTVs. 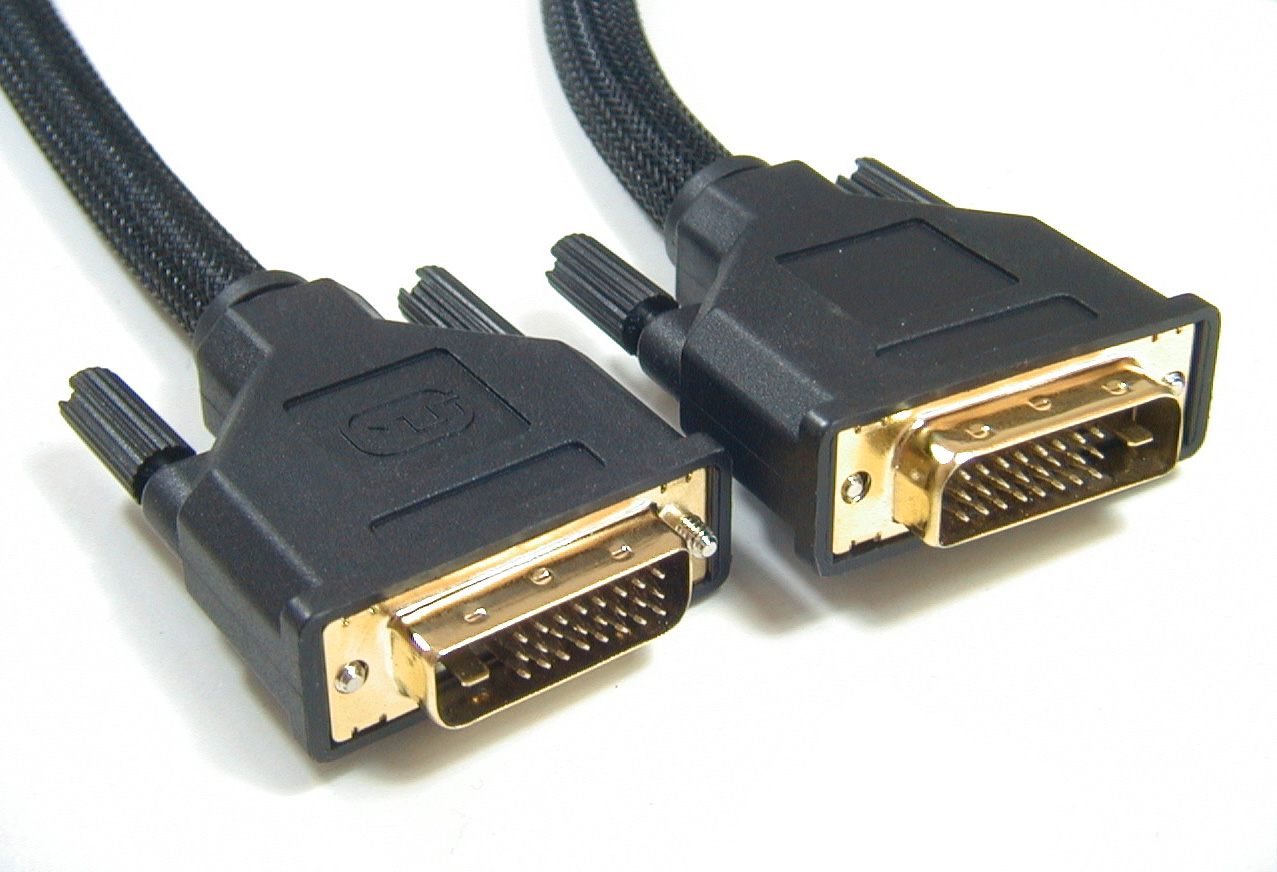 Nowadays, DVI is almost exclusively employed for computer use. Despite the fact that HDMI is a superior interface, it is necessary to mention that DVI is quite popular among video card manufacturers. Consequentially, most video chips found on the market include at least one DVI output port.

Main features of the DVI cables

A DVI cable can be easily recognized via the specific pin incorporated in the connector that helps you figure out whether the cabling is capable of transmitting analog or digital signals. To be more precise, if you notice a single flat pin, then you have a DVI-D (true digital) cable, whereas if you observe four pins around the centered flat pin, it means you wiring supports DVI-A (analog) or DVI-I (digital and analog) signal transmission.

Moreover, the patterns of pins found in the DVI cabling indicate whether the wire transmits analog, single-link or dual-link signals. Essentially, a 24-pin set indicate a double-link, two 9-pin sets suggest a single-link and two distinct 9-pin or 6-pin sets implies an analog cable. The main difference between and single and dual link stems from the fact that while the first sends info with a TMDS of 165 MHz transmitter, the second uses two similar transmitters for broadcasting digital information. Needless to say that dual-link DVI cables are able to support a much higher resolution compared to their single-link counterparts.

The main types of DVI formats

There are three types of connections you can achieve via a DVI cabling, namely:

Because it can transmit a DVI signal to an analog display, this wiring is commonly used when connecting a DVI computer to an antiquated CRT monitor or a budget LCD monitor. As the format commonly sends the same type of signals as VGA, take note that some of the quality will be lost during the conversion.

Typically employed for connecting a two DVI-capable devices (LCD monitor to a modern video chip), the DVI-D will provide a noticeable improvement in terms of signal and quality compared to the analog. The reason for this resides in the fact that it makes signal reconversion obsolete. To put it simply, thanks to this format the signal sent by the video card – that is always true digital – doesn't have to be converted at the VGA output and hence, the connection between the signal source and the display becomes vastly superior.

On a side note, both the analog and the digital formats are not interchangeable meaning that DVI-A can only be used in analog systems, while DVI-D is exclusively employed in digital systems.

As their name suggest, the cabling's highlight consists of the ability to transmit digital-to-digital and analog-to-analog signals. This is why some users suggest that DVI-I is more versatile and provides a more stable connection between the video card and the CRT or high-end LCD monitors.