There’s no way to accurately determine the type of Ethernet cables most commonly used in business and homes – but if we had to guess, we would immediately put our money on Category 5 cables. 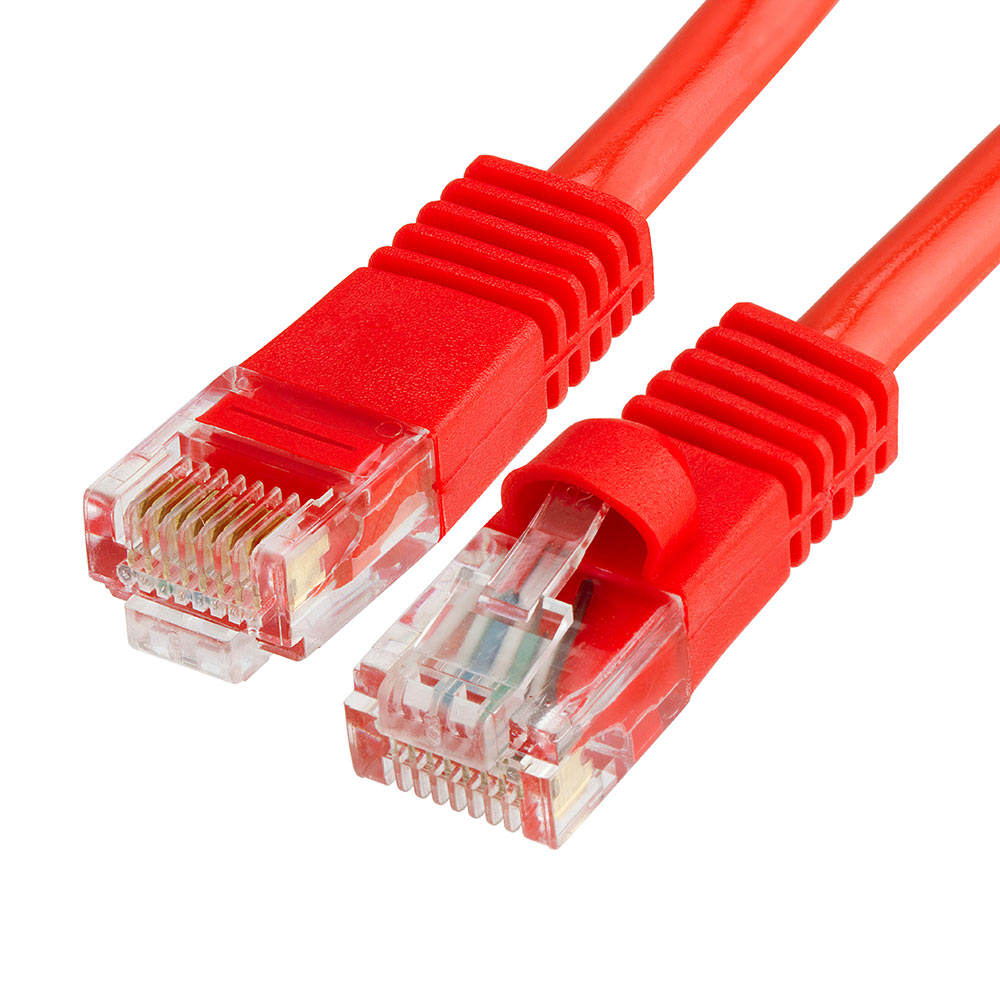 Cat5 cabling has been around since the mid 1990s, with a new Cat5e (the e is for enhanced) standard introduced in 2001 to accommodate the vastly-increased data transfer rates which had become commonplace. A short time later, an even-higher speed Category 6 cable was created; since most applications didn’t require that extra speed, though, it took quite a while before Cat6 became widely available and used. That’s why we would guess that many more Cat5 cables are still being used today – and with good reason. They remain an excellent choice for the majority of Ethernet installations.

To be clear, what we’re discussing here are Cat5e cables, since it’s been about 15 years since they superseded and basically replaced the older Category 5 standards. Cat5 cable used just two twisted pairs of conductors and was rated at just 100 Mhz, while Cat5e utilizes four twisted pairs, has improved shielding against interference, and can handle modern gigabit Ethernet networks.

Cmple is a leading provider of Cat5e patch cables suitable for nearly any use, available in lengths ranging from 1.5 feet to 150 feet and in ten different colors to match the look of any office or home. (We also offer an enormous selection of bulk Cat5e cable for large installations, which you can find elsewhere on our site – and if you’re looking for Cat6 cable, we of course sell that as well.)

The defining feature of Cat5e patch cables is their data transfer capability, particularly compared to their Cat5 predecessors. Most of today’s business intranets and home Ethernets operate at speeds which would have hard to imagine a decade ago, requiring fast and efficient data transfer in order to properly display multimedia content. That type of speed requires cables which can “keep up” with the network receiving and displaying the content, and Cat5e cables fit the bill. They are of course suited for use in 10 mbps Ethernet and 100BASE-TX fast Ethernet networks which can normally be served by older Cat5 cables, but are designed to work optimally with the 1000BASE-TX Gigabit Ethernet networks which have become standard in most environments.

Standards stipulate that Cat5e cables have to be rated for data transfer at speeds of 100 MHz, the same as older Cat5 cables. But in reality the Cat 5s can be pushed much further than that, with speeds as high as 350 MHz seldom an issue. That’s way more than required for even the most demanding multimedia applications or interactive data transfers. One of the other beauties of Category 5e cables are that they are backward-compatible with older Category 5 cabling, so swapping out Cat5 for Cat5e is never an issue.

The final important feature of Category 5e cables is their strong internal protection against interference from radio frequencies, electromagnetic sources and crosstalk, all of which can lead to signal degradation or loss. This is accomplished by using all eight conductors in the cable and twisting them into tight pairs; Cat5e cables have to meet strict standards for reduction of near-end crosstalk (NEXT), power sum equal-level far-end crosstalk (PS-ELFEXT), return loss (RL) and attenuation. Our Cmple Category 5e patch cables meet all of those standards easily.

Anyone with a home or business network needs patch cables. For home Ethernets, Cat 5e cables are most commonly used to connect modems to routers or computers. In corporate or large network environments they’re usually used in conjunction with patch panels, and are essential for switching connections between computers and components, network segmenting, and a host of other applications. They’re also regularly used in buildings with many workstations to hook each station’s computer to a wall jack, and also for long runs throughout an office. Category 5e patch cables aren’t only for hooking up computers, though; they are also used in everything from large telephony systems to broadcast operations.

Cmple Cat5e cables are perfect for all of these situations. They’re affordable and available in many different lengths, providing complete versatility for making whatever network connections are needed. The maximum recommended run of Cat5e cable is around 300 feet, well above the length of the patch cables we have available.

We know that patch cables are mission critical components of any Ethernet network – if they fail, the entire system can be useless. So we put the utmost care into the design and manufacture of our Category 5e patch cables. We also know that cables are definitely not “one size fits all,” because a 100-foot cable is going to be way too long for a simple router-to-computer connection, and a three-foot one isn’t going to help at all if you need a long cable to be run through a building. So we offer one of the largest selections of quality Cat5e patch cables on the market.

These Cmple cables start with four twisted pairs of CCA (copper clad aluminum) stranded 568b conductors, designed for optimal data transfer at the high speeds required by today’s networks. They’re then wrapped in a sturdy PVC (polyvinyl chloride) jacket which will protect the conductors against the stress that comes with everyday use, yet still be flexible enough to endure the turns and twists required when cables are run into tight spaces. Molded strain relief is also a key feature of the Cat5e patch cables, so you can be certain that wires won’t break at the RJ56 connectors on either end.

As we mentioned, our Category 5 cables are available in an enormous range of lengths: shorter 1 ½ three, five and seven patch cables, intermediate lengths of 10, 15, 25 and 50 feet, and long patch cables which are 75, 100 and a full 150 feet long. Available colors are black, blue, gray, green, purple, orange, pink, red, white and yellow.

No matter which size or color you choose, you can be assured of the highest Cmple quality at the lowest prices imaginable. We guarantee that all of our Cat5e cables suitable for Ethernet applications meet or exceed all standards for data integrity and transfer speed, and are just as good as the ultra-expensive brands – without putting a big dent in your wallet.