Digital audio has been a blessing. It’s hard to beat the convenience of compact and easily transportable digital players, storage media which will never break, warp or scratch, and the elimination of the telltale noise, hiss and pops that analog recordings deliver over time.

Some audiophiles who are still devoted to analog insist that digital recordings sound overprocessed and stiff, and that analog recordings faithfully reproduce music as it was originally recorded and meant to be heard, without being edited and compressed to death.

That debate is destined to last as long as “PC vs. Mac” and neither choice is absolutely right or wrong.

There’s one major problem, however. Modern home theater and A/V systems are based on digital technology. Unless you stick with your ancient turntable, receiver/amplifier and television, you have two choices. You can either throw out all of your old records and tapes, or you’ll have to deal with the dilemma of transferring your older analog audio to digital formats.

Analog vs. digital creates one other issue. What if you have an older device like a cassette player or analog turntable and want to use it with your modern home theater? 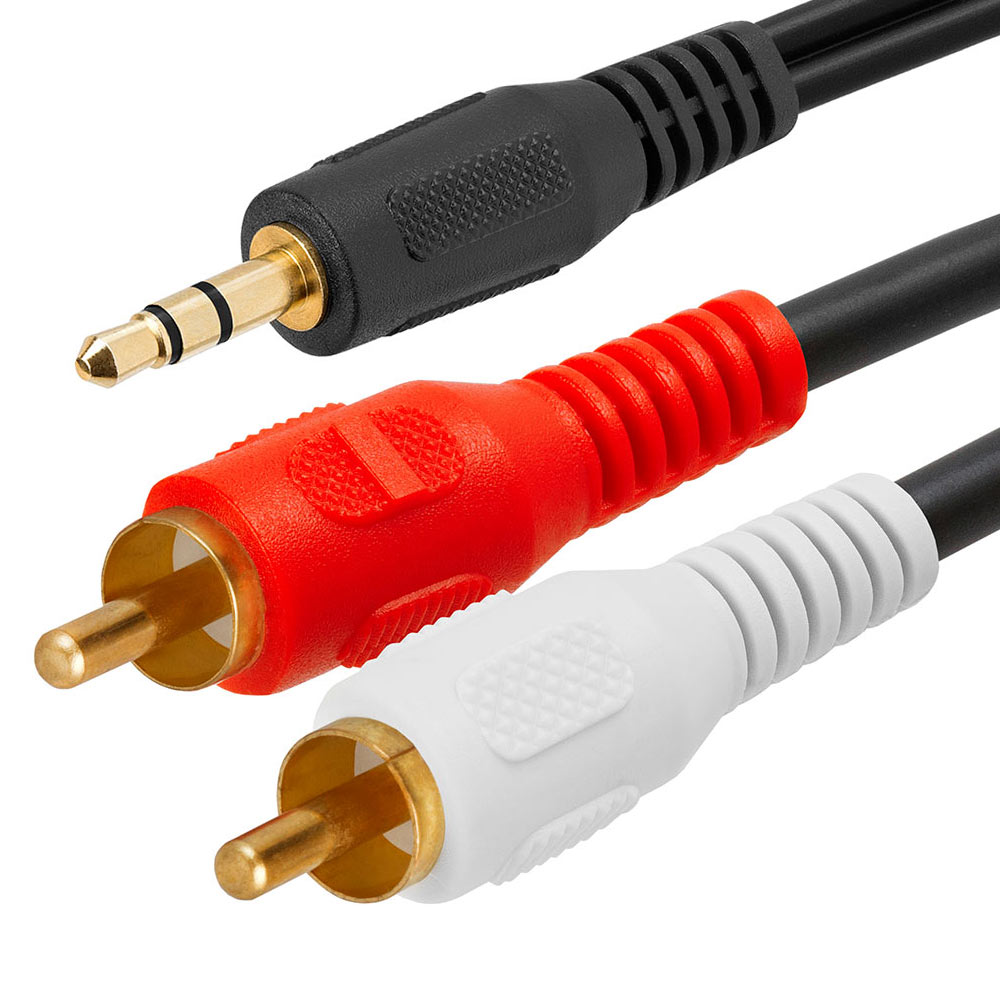 The process of transferring analog audio to digital devices isn’t difficult. All you need is the right audio cables or adapters.

Here’s a look at how you do the audio transfer between devices, followed by a summary of how to transfer analog audio to digital formats.

We’ll start with one disclaimer; we’re only discussing audio in this Learning Center article. If you need to transfer analog video as well, you’ll need a separate cable or adapter. The easiest solutions are either a single male/male RCA cable to plug into analog “video in” and “video out” jacks, or an HDMI adapter if your devices have VGA or DVI outputs. Both VGA-to-HDMI adapters and DVI-to-HDMI adapters are available at Cmple. 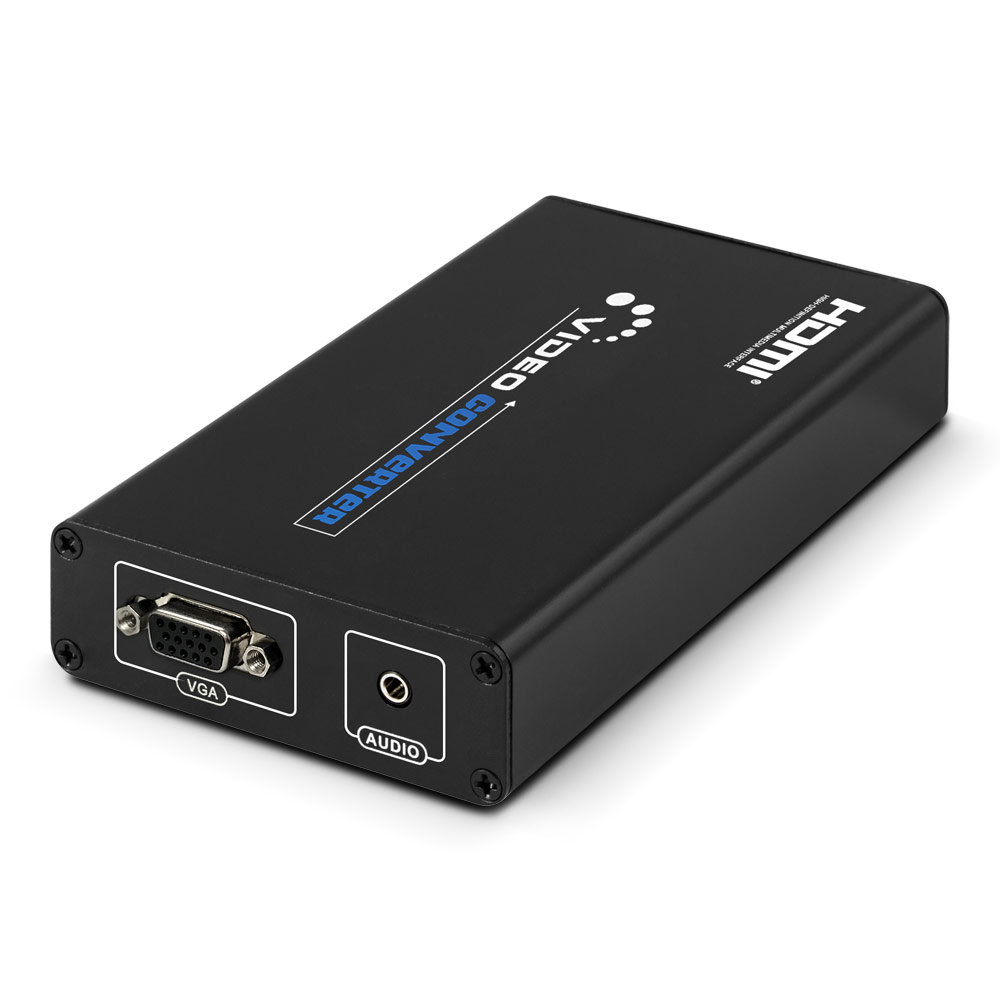 Let’s talk audio. Almost all heritage devices have what are called RCA output jacks (occasionally referred to as phono jacks) on the back. They’re the circular metal terminals that protrude from the chassis, with a single hole in the middle. The jacks should be labeled “audio out”; in most cases one will be red and the other will be white (or yellow) so left and right audio channels can be easily distinguished. (Make sure don’t use the identical jacks labeled “audio in.” You’ll be using audio cables that have matching red and white RCA plugs at one end. 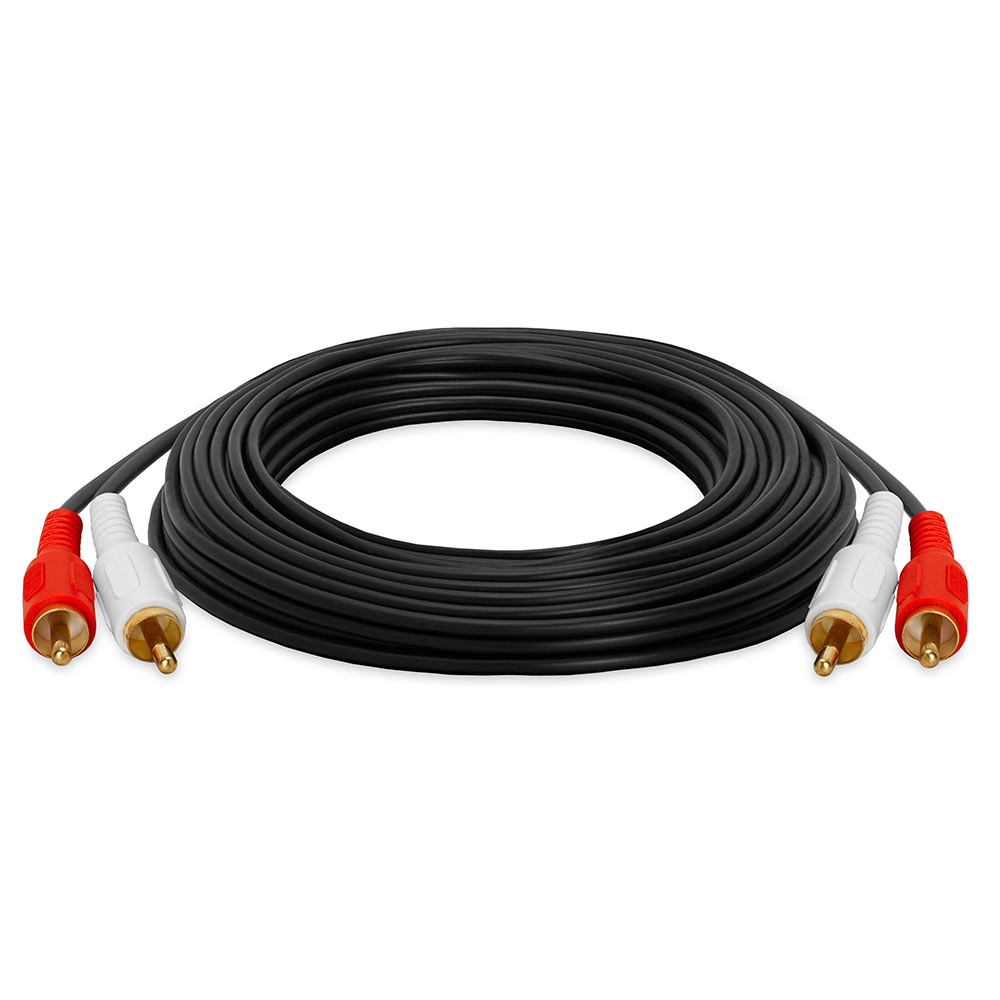 The tougher question is what connectors should be on the other end of the cable. If you’re lucky, there will be analog jacks on your digital device; in that case, a simple RCA male-to-male stereo audio cable is all you need. Two warnings, though. Some devices have a set of jacks that look very much like RCA audio inputs, but are really the green, blue and red connectors for component video signals which can’t be used to transfer audio. And some very old cables with RCA plugs were made with speaker wires; don’t use an ancient RCA cable you find buried in the attic, unless you’re sure it’s shielded line level cable and not speaker wire. 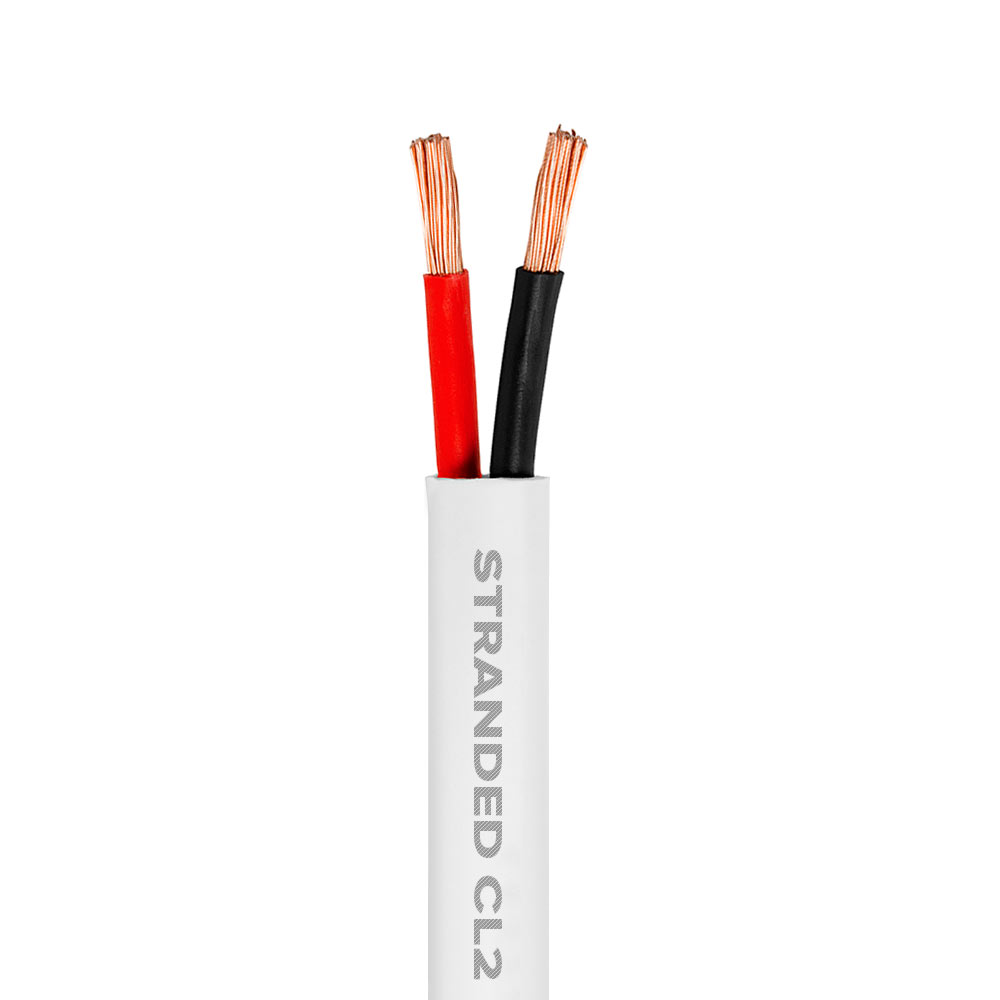 What if there are no RCA jacks on the digital device? Smaller ones may have a stereo headphone jack, in which case you’ll need a stereo RCA-to-3.5mm audio cable. The two RCA plugs go into the analog “audio out” jacks and the 3.5mm plug (sometimes called a miniplug) goes into the headphone jack. For larger devices, your best bet is to buy a stereo RCA-to-HDMI converter. Connect the RCA cables to the analog device and an HTML cable to an HDMI jack on the digital device, with the converter in the middle – and you’re good to go. 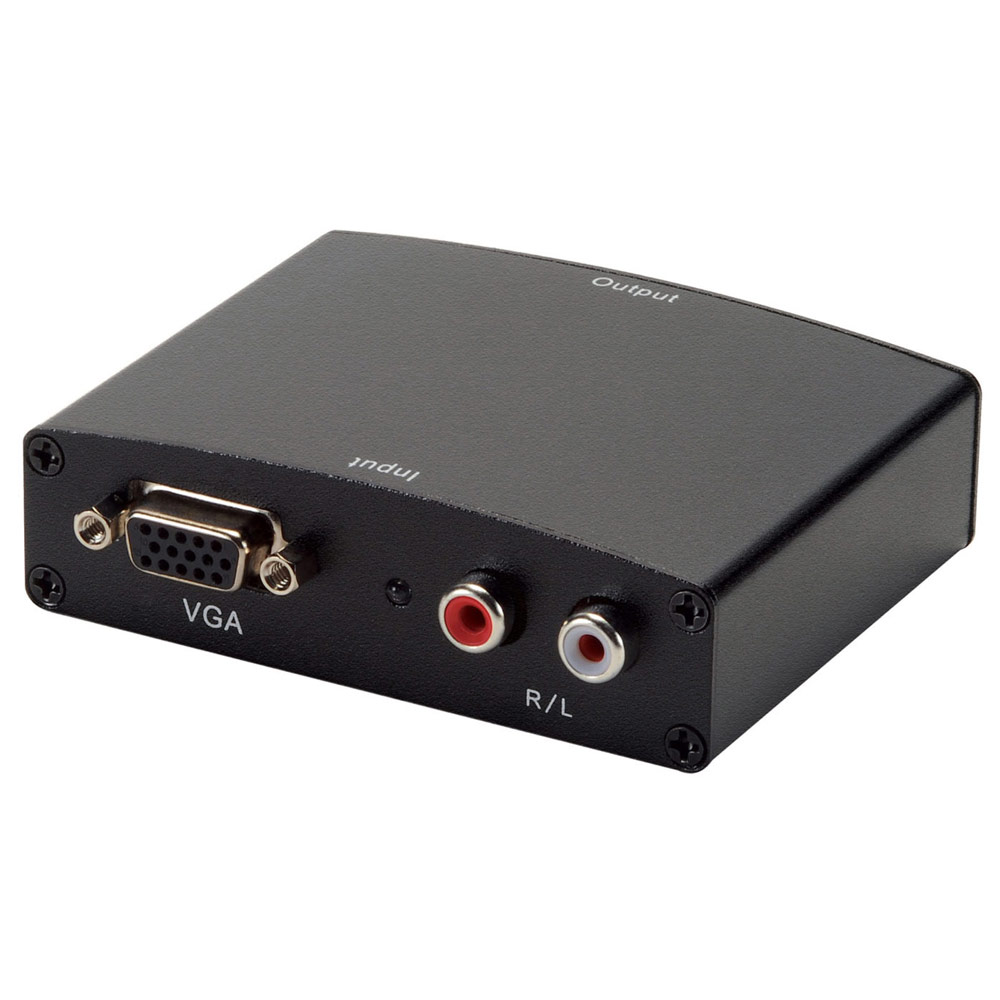 Here’s the tough one. An older turntable makes things complicated because you need to amplify the audio signal first. Either an old-fashioned amplifier with phono inputs or a dedicated pre-amp is required. You can pick up those pre-amps pretty cheaply, though, and they’re a great investment if you have a large vinyl collection but don’t want to buy a modern turntable.

OK, let’s get to the information you need if you’ve got treasured albums, audio cassettes, or – if you’re old enough – reel-to-reel tapes. How do you convert those memories into a digital format that will preserve them forever, and can be taken or played virtually anywhere?

You’ll start with a computer where the conversion will take place. Almost any desktop or laptop will work fine, and the types of input jacks available on the machine will determine what types of cables you need to import audio from your “legacy” device.

The computer isn’t enough to do the conversion, though. You also need software capable of recording analog signals and converting them into digital formats like MP3 or WAV. (It’s always best to first create WAV files because they’re not compressed, and are the best format for recording onto CD. You can always convert to MP3 later.) There are a number of editing programs with bells and whistles, like Pure Vinyl, that can do digital conversion. But a free program like Audacity should be more than enough for most people’s needs.

You’re set on the conversion end; now, let’s get the analog audio into the computer. Modern turntables and tape players make the process simple because they’re likely to have a USB output jack, and you can use a USB cable to connect directly to your computer. No USB output? There are a few ways to get around the issue. 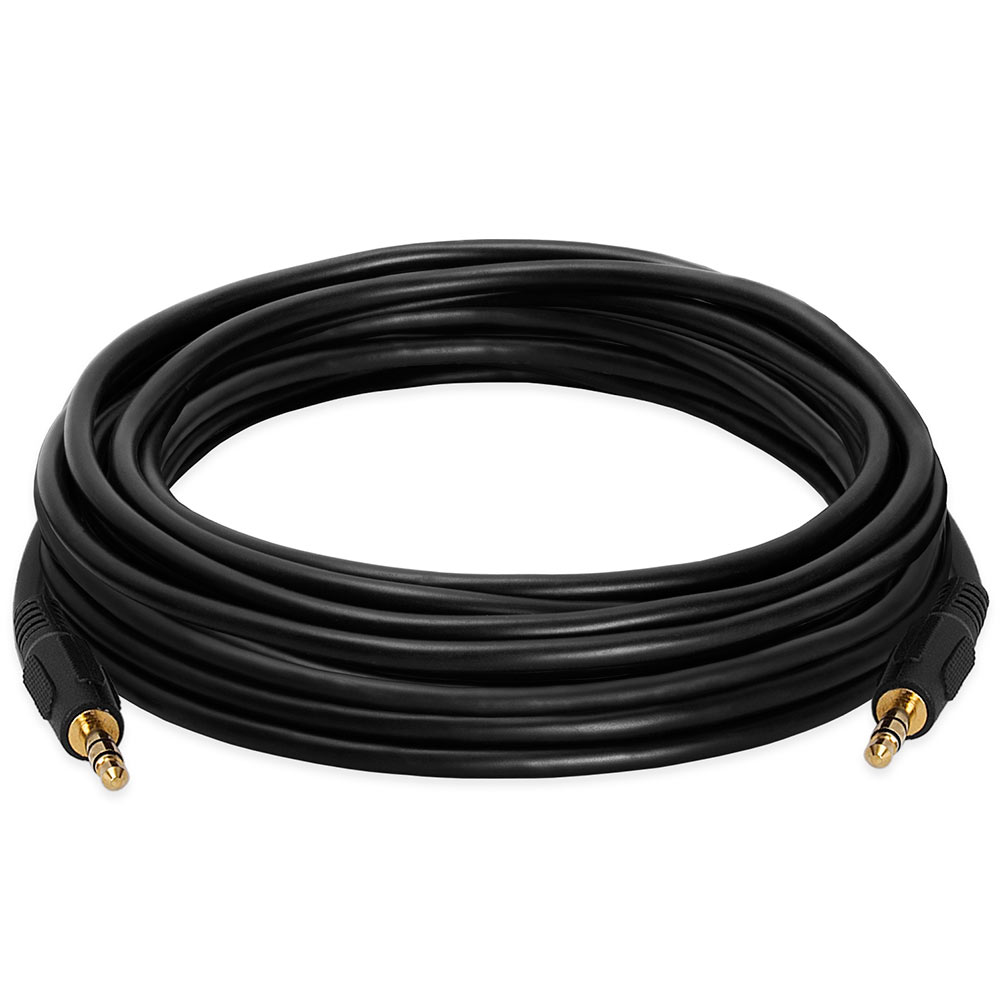 If the analog device is a small one like a Walkman, that’s easy. A male-to-male stereo miniplug cable will plug into the Walkman’s headphone jack and your computer’s “line in” jack. A larger device like a cassette deck probably has a bigger headphone jack (known as a ¼” stereo jack) or the red-and-white RCA jacks we mentioned earlier. It may have both. To use the headphone jack, you’ll need an adapter with a ¼” stereo plug on one end and a miniplug jack on the other. You can then use a miniplug cable in the way we just described, with the adapter plugging into the headphone jack. For an analog device with RCA jacks, you can buy a cable with RCA jacks on one end and a miniplug at the other end. 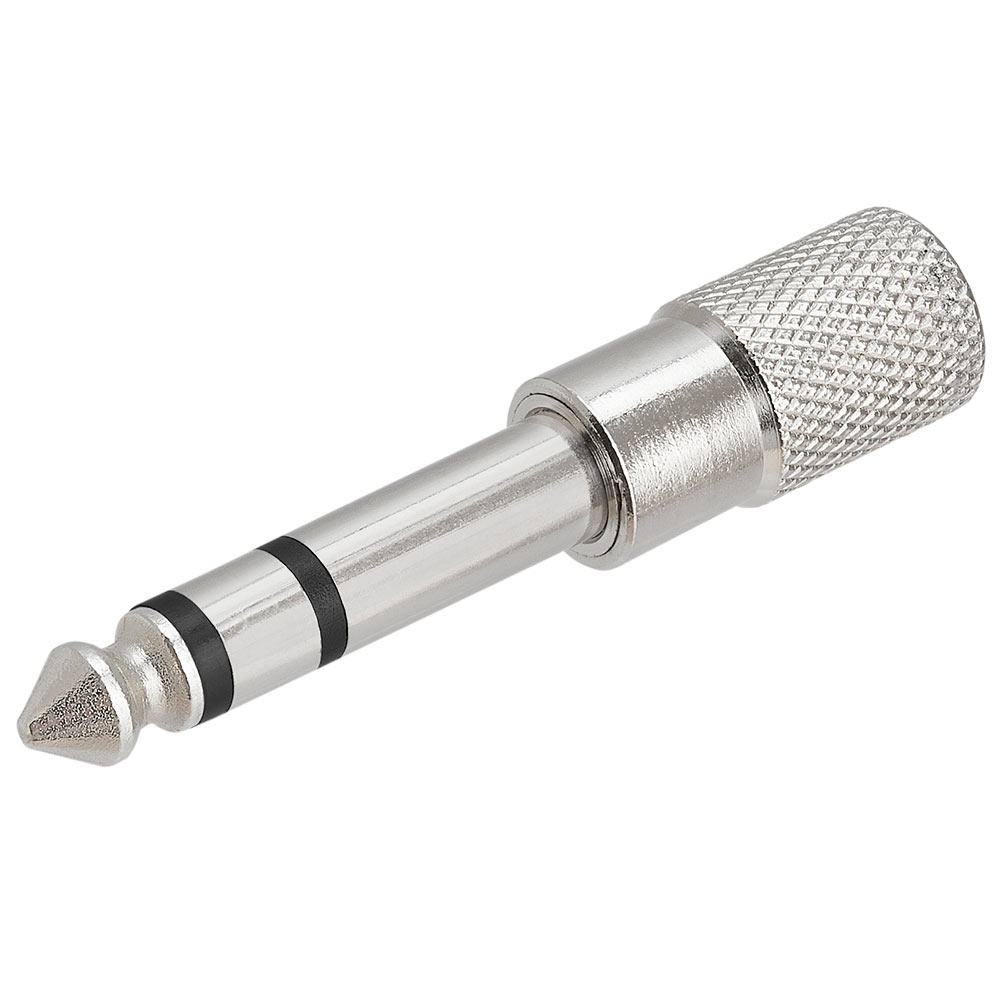 Remember our earlier caution about hooking up analog turntables directly to digital devices? The same holds true for computers; you’ll need an amp or pre-amp to boost the signal to line level first.

You can find everything you need for the wiring tasks described in this article, in Cmple’s enormous inventory of cables and connectors. They’re all impeccably designed and priced at levels way below what you’d pay in most big box or department stores.
0
Featured products