Learn About Plenum Cat5e/Cat6 Cables, And When To Use CMP

One of the greatest special effects you’ll see in a disaster movie is an enormous fire in a skyscraper. Of course, that’s the last thing you’d ever want to see in real life – which is why we need those often-annoying electrical codes and building inspectors whose primary purpose is to keep our real lives from turning into fiery disasters.

One of the most important codes that inspectors enforce involves the use of the proper types of cabling that’s designed for installation inside walls, ceilings and plenums. What’s a plenum, you ask? We happen to have the answer right here. 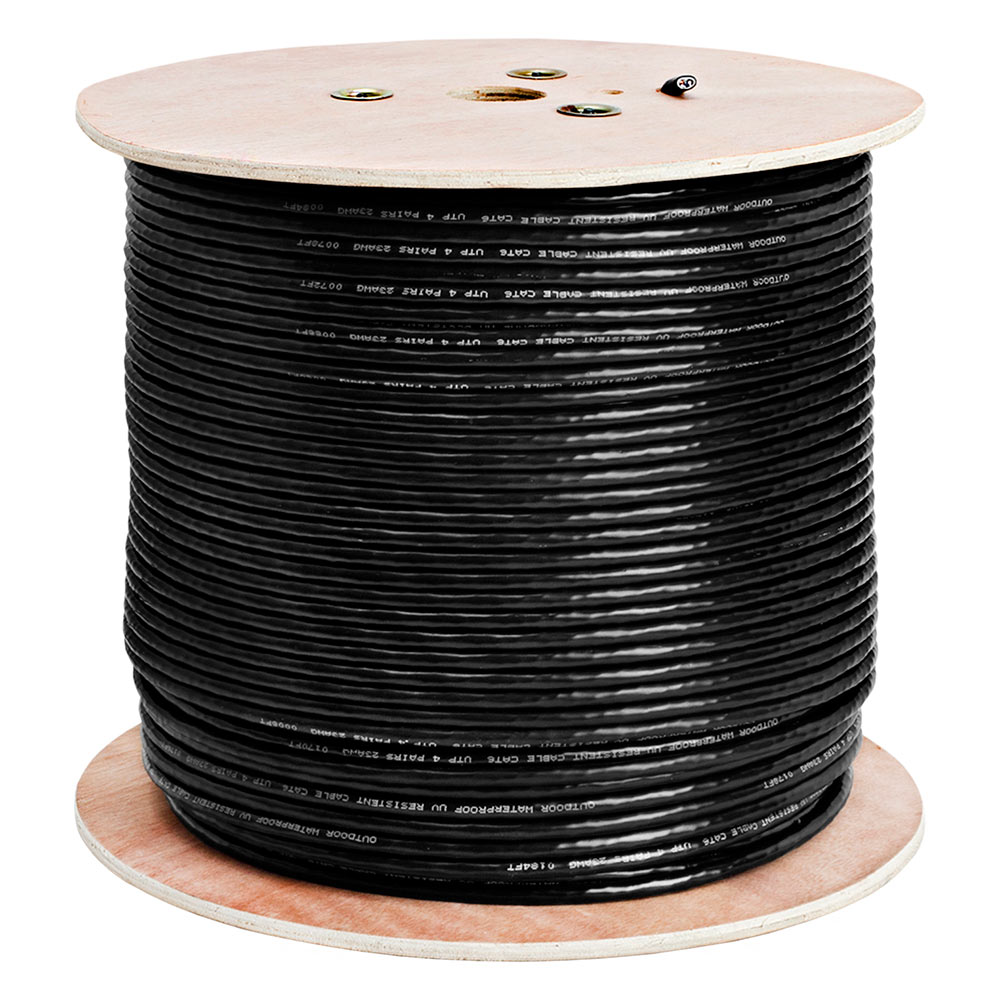 What Is Plenum-Rated Cable?

Commercial buildings often have drop or suspended ceilings hung below the main ceiling, usually for aesthetic reasons. Some larger homes and apartment/condo buildings have them as well.

The drop ceiling performs an important function in large-scale construction, creating a space below the structural ceiling for HVAC (heating, ventilation and air conditioning) air circulation. This space, or similar space underneath a raised floor, is known as the “plenum.” It’s also a convenient area for running communications and internet cabling. We should note that not all buildings with drop ceilings have plenums; some are designed to place the drop and main ceilings flush to each other.

Convenience often creates problems. In the case of plenums, the problem is that an area created to maximize air circulation ensures there will high levels of oxygen in a contained space – with no barriers to contain any fires which might break out. The oxygen means fire will spread extremely quickly, as will the often-toxic smoke generated by the burning cable jacket.

That’s why building codes require the use of plenum-rated cable in plenums, even you’re only installing low-voltage alarm cables or Ethernet cables. The jackets on plenum cabling are made with plastics which don’t generate much smoke, and are treated with a flame-retardant coating. The bottom line: these cables won’t prevent a fire, but they’ll greatly inhibit its spread while limiting the amount of smoke created when they burn. Building codes require that plenum-rated cables pass tests for low flammability (they stop burning as soon as they’re no longer exposed to a direct flame) and low smoke production. 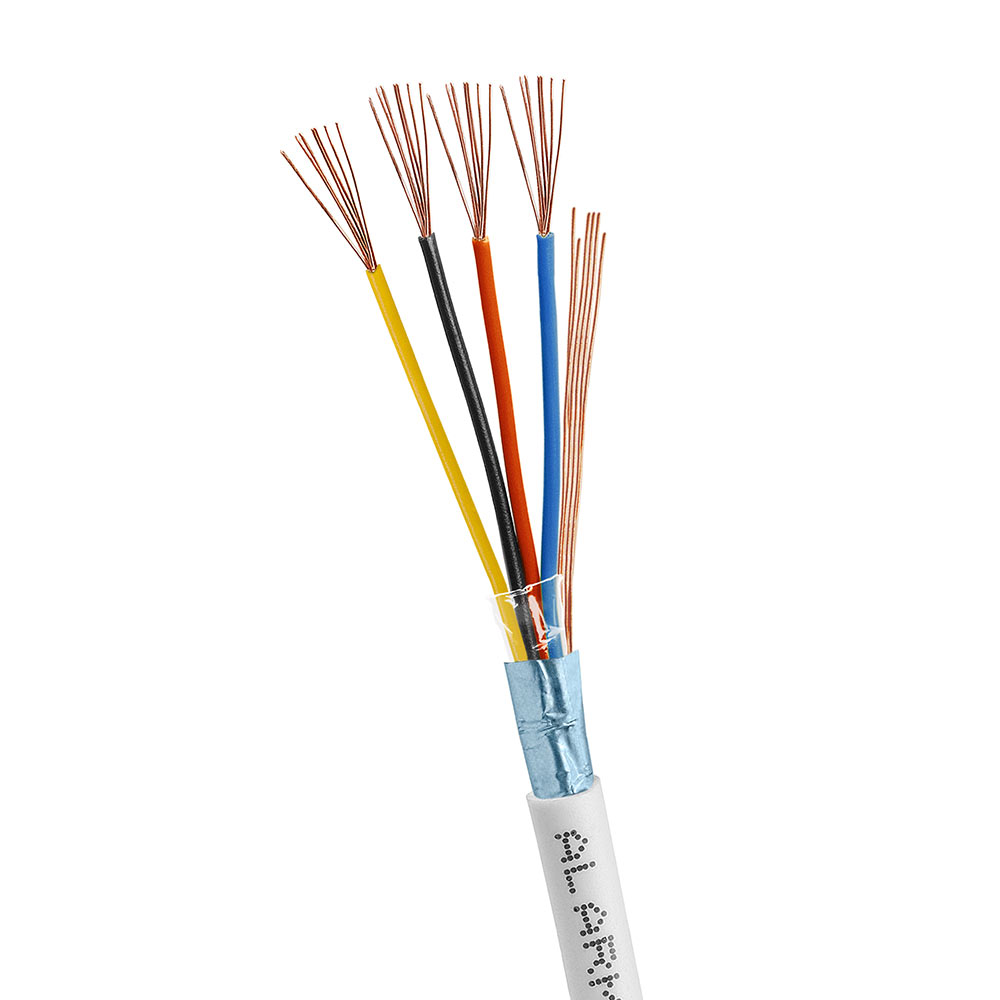 As we’ve mentioned, it’s most common to see plenums in commercial buildings. That doesn’t mean, though, that you’re off the hook when running cable in your home or apartment. Plenums are found in high-rise condos, stud bays sometimes do double-duty as air returns, and even the failure of ductwork can unintentionally “create” a plenum where none was planned.

So why not err on the side of caution and always opt for plenum-related cables when running them in a ceiling? Price. Because of their special construction, you’ll pay substantially more for plenum cables compared to riser cables (intended for vertical use between floors) and standard in-wall Ethernet cabling. Generally speaking, plenum cables can cost nearly twice the price of comparable PVC-jacketed standard Ethernet cables.

Telling the difference between cables is easy. A plenum-rated cable will have a “P” in its rating (CMP is plenum communications cable, and it’s what you want for Ethernet applications), a riser cable will have an “R” in its rating (such as CMR) and standard cables won’t be labeled with either letter. The ratings are set by the National Fire Protection Agency (NFPA), certified by the Underwriters’ Laboratory (UL), and enforced by inspectors following the National Electrical Code (NEC).

You can easily find Plenum Cat5e cable, Plenum Cat6 and Plenum Cat6a cable, most often sold in bulk in quantities of 1000 feet. And for the same reasons that you pay more for standard Cat6 Ethernet cable than for Cat5e, Plenum Cat6 cable is more expensive than Plenum Cat5e. It might be tempting to save pennies by installingCat5e cable if it meets your current needs. The better long-range approach would be to use Cat6, though, since data transfer requirements will only be increasing in coming years.

You’ll find this cable available with bare copper or CCA (copper-clad aluminum) conductors ranging in size from 23AWG to 26AWG, with the standard four twisted pairs.

The process of installing plenum cable is the same as installing any other in-ceiling or in-wall cabling; fishing it, and then terminating or connecting it, are all fairly easy tasks. The bigger question some people ask is whether their application really requires CMP-rated cable, because there seem to be several loopholes in the NEC.

This should not be construed as legal advice, but an argument can be made that non-plenum cable is acceptable under a computer room’s raised floor as long as the cable doesn’t originate from or lead into any other room. Some believe you can bypass code requirements if a cable comes into a building from outdoors and is fully contained inside a conduit, and there’s a non-plenum 50-foot exception that people occasionally try to use – even though the same section of the NEC specifies clearly that communications cables have to be suitable for their purpose, implying that plenum installations always require plenum-rated cable.

However, the bottom line is determined by the inspectors who have to sign off on your cable installation – and while some building inspectors may be convinced by a detailed argument, chances are slim that fire inspectors will agree. The smartest decision is to bite the financial bullet and use more-expensive plenum cable. Winning an argument with an inspector won’t matter much if your building ever catches fire.

You Don’t Really Have A Choice

If you’ve taken one concept away from this discussion, it should be this: communications cables of any sort, including Ethernet cable, run through a plenum space must be plenum-rated, despite the extra cost. It’s the industry standard for two simple reasons; it helps fight the spread of a potentially-disastrous fire and while reducing the amount of poisonous smoke produced – and you won’t earn certification from a building or fire inspector unless you’ve used CMP cabling in all plenum spaces. 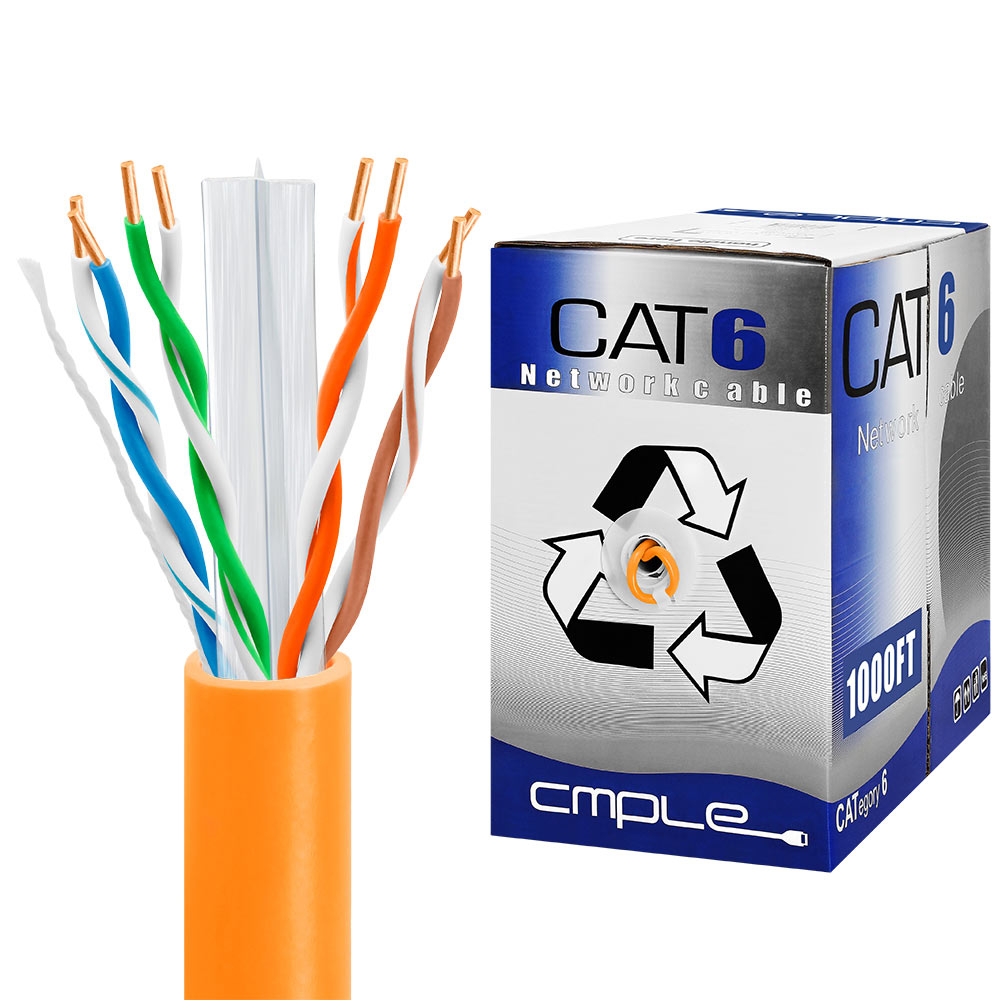 The good news is that Cmple offers a wide variety of plenum Cat5e and Cat6 cables, at the best prices available anywhere. It’s the least-expensive way to stay safe and stay in code.