Projectors have come a long way since the days of 8-millimeter home movies, filmstrips or 16-millimeter films projected onto a grainy white classroom screen, and enormous professional-grade machines which sometimes seemed to drown out a film’s soundtrack in the movie theater. They’ve also come a long way from early, enormous home video projection systems which often made you consider buying a separate home just to house the equipment. 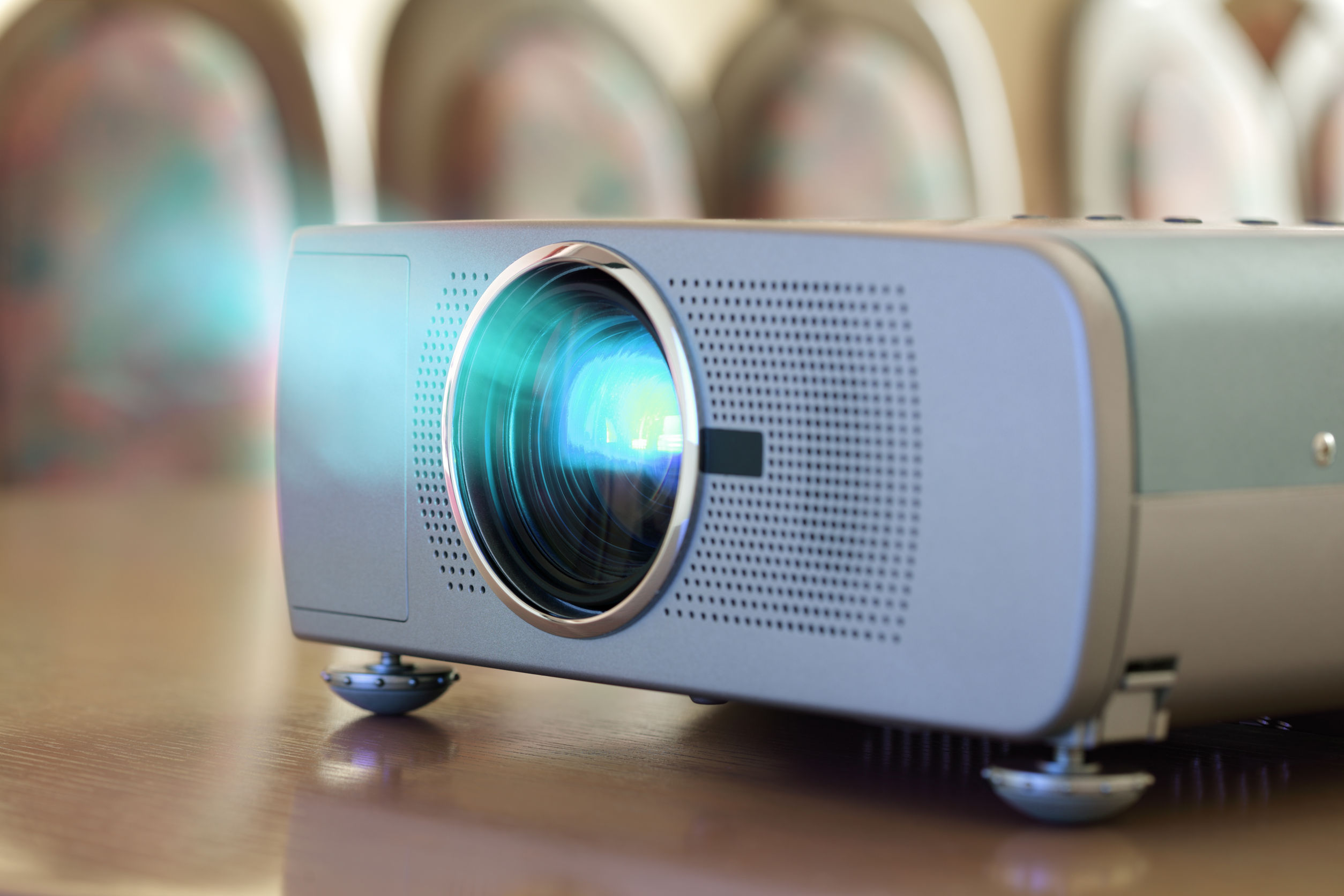 Today’s video projectors based on DLP, LCD or LCoS technology are light years ahead of those antique methods of video display. But there are even more innovative projection methods either already available or on the horizon, which may consign DLP projection to the same category as Betamax and video disc players.

No one with any modern video projection system could reasonably complain about the picture their projector delivers. DLP (digital light processing) projectors use color wheels and small mirrors to reflect light toward or away from the screen. LCD (liquid crystal display) projectors use the same technology as most modern HDTVs, with a trio of liquid crystal panels showing red, blue or green images on a screen which blend to create a full-color picture. The latest type of projector, LCoS (liquid crystal on silicon) essentially merges the two approaches.

If you’re trying to choose between them, DLP projectors are best for video which has fast action, LCoS is the winner for contrast and deep blacks, and LCD performs best in terms of brightness. However, all three deliver a good picture and there are superb models of each which will satisfy almost any videophile.

Is That All There Is?

It’s easy to look at any modern technology and assume that things are as good as they’re going to get – and then be surprised a short time later when a revolutionary new approach is unveiled. Several such technologies currently exist or are in the early stages of rollout, and while we may not see them in our home theaters anytime soon, don’t be surprised if they become the video projection systems of the future.

3D video projection has existed for some time, of course, and is now available for home theaters. But a number of companies are testing approaches which would let you comfortably watch 3D movies or TV in the comfort of your home without being required to wear those extremely uncomfortable 3D glasses.

Large-scale video shows featuring images of dead celebrities like Michael Jackson and Tupac Shakur opened people’s eyes to the future possibilities of video projection. Those shows required detailed computer modeling, a special metallic, reflective screen (called a Musion screen) and DLP projection merged with 3D technology – along with some special effects. However, it’s not hard to visualize some version of this approach eventually making its way into home theaters.

Even further in the future, don’t be surprised to see laser home video projectors. To date this technology has only been used commercially in IMAX theaters on a test basis, but those who’ve watched it say laser projection video is simply stunning – far superior to previously-unmatchable IMAX quality in terms of brightness, blacks and fine detail. It may be some time before you can watch Dr. Evil say “lasers” on a laser projection system, but it sounds like it will be worth “one million dollars” – and worth the wait.